On Saturday, October 17, a bicyclist was struck from behind by a pickup truck in Boca Raton near Palmetto Park Road and Shorewind Drive. Police identified the bicyclist as Elizabeth Victoria Stewart of Tamarac, Florida, according to the Sun Sentinel. She was pronounced dead at Delray Medical Center.

This tragedy adds to the growing list of bicycle injuries and fatalities from auto accidents, and to the concern many South Florida residents have about the general safety of bicyclists. The Sun Sentinel noted numerous bicycle fatalities like this which have occurred in Palm Beach County this year, including: a Pompano Beach man killed in a hit-and-run crash in September, a 17-year-old hit during rush hour in Boynton Beach in March, and a 12-year-old hit by an SUV in West Palm Beach in April. 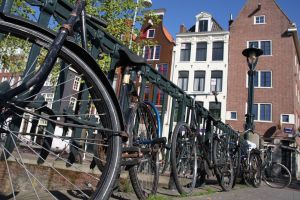 Bicycle advocates are very concerned and calling for more safety programs to prevent injuries and fatalities. Based on the statistics, it seems that bicycle safety is a legitimate concern and more needs to be done to ensure the rights and the safety of our citizens.