Broward Medical Examiners confirmed that on Friday, October 13, Rohie Kah-Orukotan, a nurse and mother of three, died after spending two weeks in a coma after receiving liposuction at a spa in Weston, Florida.

According to the Sun Sentinel, the Miramar woman was pronounced brain-dead at some point after having a liposuction procedure on September 25 at Weston Medspa by Dr. Omar J. Brito-Marin. So far, the Florida Department of Health and the Broward Sheriff’s Office have not released the results of their investigation. The toxicology reports are also still pending, according to investigators. 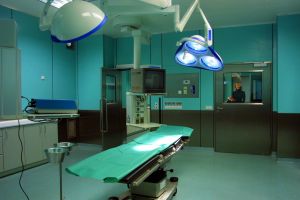 While the spa does not have a license to perform a full liposuction, they may perform a scaled down version of the procedure. Dr. Brito-Marin’s attorney stated that although the doctor was not aware of licensing issues, he only performed basic liposuction and followed all requirements under appropriate standard of care for this type of office surgery.

Our previous posting “Parents Sue for Wrongful Death of Teen While under General Anesthesia” discussed the risks involved with undergoing elective surgery. We noted how one study showed that almost one fourth percent of office-based surgeries result in death. According to a National Practitioner Data Bank Report in 2006, 73.3 percent of the NPDB reports concerned medical malpractice payments, with physicians being responsible for 235,942 of the reports, well above dentists and other types of practitioners.

The facts of this instance have yet to be determined, as officials are awaiting toxicology results and continue their investigation. However, cases such as these have become more prevalet due to the types of elective procedures now being conducted on an outpatient basis. It is up to the patient to investigate all of the qualifications of their physicians and of the facilities to ensure that they are properly licensed and qualified to perform these elective procedures.