Last month, our posting “Plane Crash in South Florida Everglades Claims Family” described the tragic story of a South Florida family and their friend who died when their plane crashed in the Everglades. On Friday, October 16, the Sun Sentinel reported that Nanci Hirschorn is bringing a wrongful death suit against the Fort Lauderdale aviation company who serviced the plane.

Earlier in October, the Miami Herald reported that the pilot and owner of the Piper aircraft, Bruce Barber, radioed that the engine had caught fire and that there was smoke in the cockpit. Barber declined advice of air traffic control who told Barber to land in Pahokee, as the smoke was apparently dissipating. However, Barber later radioed that the plane was on fire, and disappeared from radar at about 3,000 feet. 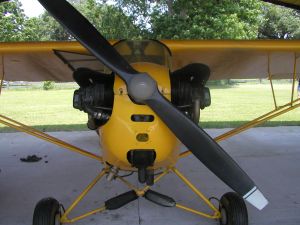 Hirschorn, sister of one of the passengers of the plane, Phillip Marsh, has filed suit against Schmidt Aviation Inc., claiming that the company failed to maintain a cracked valve, which caused the engine to catch fire. The valve cracked previously on three occasions.