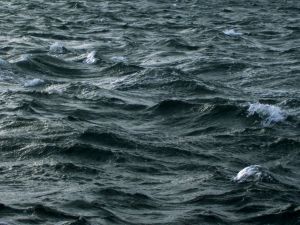 Results from a new study of tourism in the Gulf region this week predict that the state of Florida will be the hardest hit economically in the wake of the BP oil spill disaster. According to the study conducted by consulting firm Oxford Economics USA and commissioned by the U.S. Travel Association, Florida will have the biggest loss in travel spending amongst the Gulf states of Texas, Louisiana, Mississippi and Alabama.

Annually, visitors to Florida bring more than $22 billion to the state’s economy. The study estimates that Florida stands to lose $18.6 billion over the next three years, regardless of that fact that 90% of the states beaches remain unaffected by the oil spill. To help offset these predicted losses, BP has already funded a $25 million campaign to help boost tourism throughout the state, but its effectiveness remains to be seen.

Tourism all over the gulf region is expected to suffer for the next several years, says the Houston-based consulting firm. Across the region, more than 400,000 people depend on the Gulf for employment and the jobless rates in this region have already sharply risen. Many people are taking on temporary cleanup jobs to make ends meet, but reports of headaches, dizziness and nausea from chemicals, slip and falls and other injuries are increasing as the danger of the cleanup efforts begins to take its toll on many workers.

If you or someone you care about has been injured in cleanup efforts, its important that you hire a qualified personal injury lawyer to help you sort through any workers compensation paperwork and settlement offers before you accept them. Or, if you’re being denied benefits, a lawyer can pursue employers and third-parities responsible for your injuries.