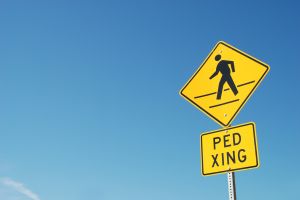 On August 10, 2010, a woman lost her life after being struck by a van while crossing the street. The woman, in her 50s, was crossing Inverrary Boulevard just after 6am. The driver of a white Dodge Caravan collided with her, forcing her to hit the driver’s front bumper and windshield. She was carried more than 60 yards before the driver stopped the van. According to rescue officials, the woman died en route to Broward General Medical Center. The driver of the van was treated and released from Florida Medical Center.

Florida Tops List of Most Dangerous Walking States More than in any other state, pedestrians are at risk on Florida streets every time they venture out. Distracted, drunk or careless drivers in the Sunshine State were responsible for 11.1% of pedestrian deaths and 17.4% of bicyclist deaths in the U.S. in 2008, according to a 2010 report published in USA Today. For a state that only has 6% of the nation’s total population, this number puts Florida at the top of the list of the most dangerous places to walk or bike.

A number of factors have made Florida dangerous for non-drivers, including rapid population growth mixed with lagging construction of sidewalks and bike lanes, mass tourism rates and warm weather, which drives more people to the streets on foot or on bicycles.

If you or someone close to you has been injured in a pedestrian accident, you must contact a personal injury attorney. Beyond criminal charges, civil action can often be taken after a wrongful death or serious injury involving a vehicle and a pedestrian.