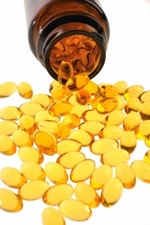 A pharmacy error has affected as many as 50 families in New Jersey. A CVS pharmacy in Chatham allegedly distributed the breast cancer drug Tamoxifen by mistake to a number of children who were prescribed chewable fluoride tablets. Although company investigators believe only a few children actually took the breast cancer drug, its ingestion is reportedly unlikely to cause any detrimental health effects.

CVS, the nation’s second largest drugstore chain, has issued a public apology for the mistake. The company also stated it contacted every family who received a 0.5 mg fluoride prescription in Chatham during the last 60 days. No mention was made regarding how the mix-up occurred. According to the company’s director of public relations, Mike DeAngelis, most parents who received prescriptions at the Chatham location received the correct pills.

Experts stated it is unlikely this particular drug mix-up would result in serious health effects. Fluoride is generally prescribed to children by their dentists. Although the two drugs have a similar appearance, fluoride is designed to be chewed while the Tamoxifen should be swallowed. Any child who mistakenly chewed the breast cancer drug would experience a bad taste and likely attempt to spit it out.

The consumer affairs division of the New Jersey Attorney General’s Office is currently investigating the drug mix-up to determine whether any laws were violated by the pharmacy. On Friday, the company was ordered to provide the name of all pharmacy employees at the Chatham store and copies of all correspondence related to the error. Company representatives will also be questioned under oath this week. CVS has stated the company is still investigating exactly how the error occurred in an effort to prevent similar mistakes in the future.

Luckily, the pharmacy error that occurred in New Jersey did not result in a serious injury or wrongful death. Still, doctors, dentists, nurses, hospitals, and even pharmacies have a duty to provide patients with a reasonable standard of care. When an injury occurs due to the improper dispensing of medications, a patient might have a pharmaceutical negligence or professional malpractice claim against the pharmacist or pharmacy that dispensed the drug. The State of Florida provides patients who were the victim of malpractice with only two years to file a claim. Because insurance companies also have up to two years to evaluate a patient’s medical malpractice claim before a lawsuit may be filed, it is crucial to discuss your pharmaceutical malpractice case with a qualified attorney as soon as possible.