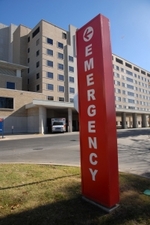 Last week, the Florida Legislature passed reforms to the state’s mandatory no-fault personal injury protection (PIP) insurance requirement. House Bill 119 was passed after a 22-17 vote in the Senate just prior to midnight and immediately before state lawmakers adjourned. The reforms are designed to rein in insurance prices by making it more difficult for individuals to commit fraud or abuse PIP insurance.

PIP was adopted in Florida in 1972. The law allows those injured in a motor vehicle accident to receive up to $10,000 for medical expenses and lost earnings regardless of fault. The costs associated with PIP insurance have purportedly increased by approximately $1.4 billion over the last four years. Some believe the increase is due in large part to fraud and staged accidents. The State of Florida reportedly has the most staged accidents nationwide, and the problem is particularly pronounced in the Tampa and Miami metropolitan areas.

The measure passed by lawmakers requires anyone who is injured in a Florida car accident to seek treatment within 14 days from a hospital, ambulance, physician, dentist, or chiropractor. An accident victim will only be allowed to receive the full PIP insurance benefit of $10,000 if a treating medical provider determines he or she suffers from an emergency medical condition. If not, the victim’s PIP benefit will be limited to $2,500. Additionally, the new law requires an accident victim to receive a referral from a health care provider prior to obtaining any follow-up medical services and eliminates payment for massage or acupuncture treatment.

The new law almost didn’t make it to a vote. Florida Senators narrowly accepted House changes to the measure by a 21-19 vote. According to Senator Joe Negron, who sponsored a similar bill in the Senate and negotiated the compromise legislation, the new law will have a large impact on PIP insurance fraud. Senate President Mike Haridopolos admitted to collecting on IOUs in order to get the legislation approved.

Governor Rick Scott was in favor of the legislation, but some Florida lawmakers believe the new law will only serve to create larger profits for insurance companies. Although the initial bill would have guaranteed a PIP rate reduction of 25 percent, the bill that was passed only requires a 10 percent rate reduction with no guarantees. If insurance companies fail to reduce PIP rates by 10 percent, they must provide a detailed explanation regarding why the reduction was impossible. If PIP rates are not reduced by 25 percent by January 1, 2014, another explanation is required.

Representative Scott Randolph of Orlando expressed concern regarding whether lawmakers should take insurance companies at their word. A spokesperson for the Florida Consumer Action Network, Bill Newton, doesn’t believe the legislation will have an impact on PIP insurance fraud. Senator Miguel Diaz de la Portilla of Miami also expressed his concerns over the new measure and stated insurance companies were already in control the PIP formula.

PIP reform passes in Fla.; will it be effective?, by Brent Kallestad, Miami Herald