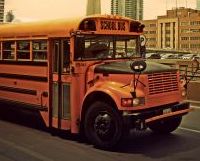 Last month, a nine-year-old boy was killed and more than one dozen other children were injured when a school bus collided with a semi-trailer truck carrying landscaping sod near Fort Pierce. Many students, including the child killed, were wearing lap belts as required by Florida law. Still, several were ejected from the bus and lying on the ground when emergency crews arrived. The bus driver, Albert Hazen of Port St. Lucie, reportedly led the injured children off of the bus and directed them to rescue crews before collapsing and being taken to a local hospital.

According to a seven-page crash report released by the Florida Highway Patrol, the Frances K. Sweet Magnet School bus accident was caused by an inattentive bus driver. The report states the bus driver caused the accident when he turned left into the path of the oncoming tractor trailer. Despite that the 24-year-old semi-truck driver, Charles Cooper, attempted to avoid the accident, his vehicle struck the right side of the school bus and sent it spinning. Cooper was also taken to the hospital over injuries he sustained in the collision.

On the day of the accident, the sky was reportedly clear and the roadway was dry. Although toxicology results are currently pending, the driver is not suspected of using alcohol or other drugs prior to the crash. Still, the Florida Highway Patrol has stated charges related to the deadly accident are currently pending.

Motor vehicle crashes are one of the leading causes of personal injury and wrongful death claims filed in the State of Florida. Commuters, students, tourists, and others risk being injured in an auto accident every day. Some of the most common causes of Florida car accidents include drunk or impaired driving, driver inattention, and speeding. Many car crashes are also caused by drivers who are distracted by other vehicle occupants, cell phones, email, or text messaging.

Although car accidents may be minor, they can also be fatal. The medical costs related to recovering from an unexpected injury can be enormous. According to Florida law, those hurt in a collision are protected by mandatory Personal Injury Protection (PIP) insurance. Unfortunately, the costs of recovery are often not completely covered by PIP. An experienced Florida personal injury lawyer can explain your rights and your options for recovery following a car crash.

Contact Lazarus & Lazarus, P.A., today if you were hurt or lost a family member in a motor vehicle accident. Our Miami car accident attorneys are available to negotiate with insurance companies on your behalf and ensure your rights are protected after a crash. The lawyers at Lazarus & Lazarus represent individuals who were hurt in auto accidents throughout the State of Florida including Miami, Weston, Fort Lauderdale, Orlando, Broward County, Dade County, and Palm Beach County. To discuss your personal injury case, call Lazarus & Lazarus at (954) 356-0006 or contact our law firm through our website.