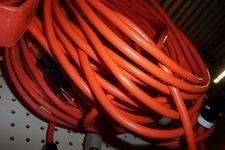 According to the Broward County Sheriff’s Office, a head safety technician and a physician were recently charged in connection with the 2009 hyperbaric chamber deaths of a woman and her grandson. 62-year-old Vicenza Pesce and 4-year-old Francesco Martinisi died after a spark ignited in a hyperbaric chamber at the Ocean Hyperbaric Neurologic Center in Fort Lauderdale. The two Italian citizens were in the pressurized oxygen chamber for about 20 minutes before it ignited and went up in flames. After the fire began, both Pesce and Martinisi were reportedly trapped in the chamber for about five minutes. According to law enforcement, the grandmother and grandson each suffered burns on approximately 90 percent of their bodies.

Although both deaths were ruled accidental, 51-year-old Lance Bark was recently arrested by the Broward County Sheriff’s Office on manslaughter charges. Aggravated manslaughter charges are now pending against 81-year-old George Daviglus, the doctor who runs the facility. The company has since been renamed and both the doctor and the chief safety technician continue to work at the Fort Lauderdale facility.

The fire was purportedly caused by static electricity and exacerbated by poor grounding of the chamber. According to law enforcement officials, several procedural and equipment failures existed at the facility when the accident occurred. An investigation revealed that a number of the facility’s hyperbaric chambers had exposed or burnt wires, broken indicator lights, and taped extension cords placed near oxygen lines. The chamber in which the fire started was also purportedly rewired for 220 volts of electricity in violation of design specifications. Additionally, six of the 12 chambers located at the facility are more than 40 years old. Despite such issues, investigators reportedly found no maintenance or inspection logs at the facility.

In an 11-page arrest report, Daviglus and Bark are accused of failing to require the grandmother and her grandson to wear grounding bracelets designed to prevent static electric shock. The victims were also not dressed in appropriate non-flammable clothing and investigators found flammable items such as baby wipes inside of the chamber. In addition, there was allegedly no operator monitoring the chamber when the fire broke out and the intercom system was not functioning. As a result, Pesce reportedly had difficulty notifying anyone of the flames. The facility is also accused of failing to follow emergency procedures and prolonging the victims’ exposure to the fire.

Detective Edwin Tapanes of the Florida Fire Marshal’s Office stated the fire resulted from gross negligence. An independent investigation by forensic engineers retained by the Broward County State Attorney’s Office agreed. The investigation also found that Daviglus and Bark failed to follow regulations promulgated by the National Fire Protection Association
Although investigators stated this case was caused by gross negligence on the part of the hyperbaric chamber facility, the manufacturer of a dangerous or defective product may also be held strictly liable in the State of Florida. If the product was defective, failed to function as intended, or did not function according to recognized safety standards, the manufacturer may be held liable regardless of whether any negligence occurred. If you were injured as a result of a defective or poorly designed product, contact an experienced Florida products liability attorney.

At Lazarus & Lazarus, P.A., our hardworking Weston defective products lawyers can help you receive the compensation you deserve for your injuries. Our law firm represents clients throughout Florida including Hollywood, Orlando, Fort Lauderdale, Weston, Broward County, Dade County, and Palm Beach County. To speak with a knowledgeable products liability attorney today, contact Lazarus & Lazarus through our website or call us at (954) 356-0006.