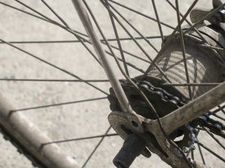 In early April, a South Florida man died less than 36 hours after he was released from Kendall Regional Medical Center following a hit and run bicycling accident. 51-year-old Miguel Rocafort was allegedly severely injured by an unidentified driver while riding his bicycle. Although several other hospitals were closer, emergency responders from Miami-Dade Fire Rescue reportedly elected to take Rocafort to the Kendall Regional Medical Center due to the hospital’s class II trauma center. According to his widow, Flor Graham, the hospital released Rocafort too early which contributed to her husband’s death.

Rocafort fractured a vertebra in his neck, sustained a serious head injury, suffered from fluid on the brain, and broke a leg in the crash. Still, his wife claims the hospital tried to discharge Rocafort two days after the accident due to concerns over how much of his treatment costs would be covered by his health insurance. His wife, who is a medical assistant at another area hospital, convinced the hospital to let Rocafort stay for an additional day. In the end, he was released from Kendall Regional Medical Center three days after breaking his neck in the hit and run crash. Rocafort died about one day after he was released.

According to Rocafort’s friends and family, the man was severely injured and still in a great deal of pain when discharged from the hospital. Soon after returning home, Rocafort began having difficulty breathing and became unconscious. Although his wife administered CPR until rescue personnel arrived, they could not revive him. Rocafort was pronounced dead at the Baptist Medical Center in Homestead.

Kendall Regional Medical Center reportedly refused to address Graham’s claims that the hospital was more focused on insurance coverage than her husband’s health. Instead, the hospital issued a statement that said Rocafort was treated and appropriately discharged.

Following Rocafort’s death, the hit and run accident case was transferred to investigators from Miami-Dade traffic homicide. Police are still looking for the vehicle that struck Rocafort. In addition to facing possible criminal charges for the accident, the driver who hit Rocafort may also be subject to a Florida wrongful death lawsuit.

Contact Lazarus & Lazarus, P.A. if you or a loved one was hurt by a healthcare provider. Our knowledgeable Miami-Dade medical malpractice lawyers are available to explain your rights and assist you with filing your claim. Our law firm represents clients who were injured by medical professionals throughout Florida including Orlando, Fort Lauderdale, Hollywood, Weston, and Miami. Call Lazarus & Lazarus at (954) 356-0006 to speak with a hardworking medical malpractice attorney today. You can also contact the law firm through our website.