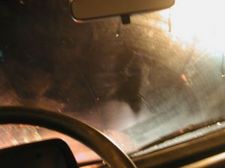 A recent report from the Florida Department of Law Enforcement states Florida Highway Patrol officers made errors in connection with a January 29, 2012 accident that killed 11 people on Interstate 75 near Gainesville. On the day of the multi-vehicle crash, the interstate was closed through Paynes Prairie State Park prior to the accident due to a mix of fog and smoke from a nearby wildfire. According to the report, Sgt. Bruce Simmons was reluctant to reopen the interstate and warned Lt. John Gourley that poor visibility was likely to return. In a conversation recorded on Simmons’ in-vehicle video equipment, he told a deputy from a local Sherriff’s Office that his warning fell on deaf ears. Gourley allegedly ordered that the roadway be reopened because he believed keeping the interstate closed through the dark, unlit stretch of road also created a potentially hazardous situation for drivers. Gourley was reportedly concerned about creating secondary wrecks like those he had investigated in the past. Gourley was also allegedly concerned about a lack of suitable alternative routes for drivers. Department of Law Enforcement investigators stated Officer Gourley made the decision to reopen the interstate without any sort of proper formal training.

Although the Florida Forest Service and the Florida Department of Transportation reportedly supported reopening the roadway, the accident investigation report placed blame on the Florida Highway Patrol due to a lack of effective safety guidelines and procedures. The report stated troopers refused to share information that was vital to decision-making with one another prior to the pile-up accident. The investigation report also said troopers failed to adequately monitor conditions on the interstate after it was reopened. As a result, more than 12 passenger vehicles, six semi-trucks, and a motorhome crashed in six different pile-up accidents on the dark roadway. Several vehicles burst into flames. In addition to the dead, 18 people were hospitalized for their injuries.

The investigation report suggested that the Florida Highway Patrol adopt written and mandatory guidelines for reopening roadways when visibility is poor. It also suggested the state add signs along the interstate to warn drivers the roadway through the State Park may be hazardous. The Florida Legislature recently appropriated about $4 million to improve interstate warning signs in areas where visibility may be diminished throughout the state.

Vehicle crashes are a major cause of personal injury and wrongful death in Florida. If you were hurt or lost a loved one in an automobile accident, contact Lazarus & Lazarus, P.A. Our experienced Miami car accident lawyers are available to help you get the compensation merited by your injuries. Our law firm specializes in working with insurance companies to make sure that your rights are protected after a crash. To discuss your personal injury case with an experienced lawyer, call our law firm at (954) 356-0006.