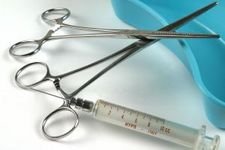 In May, the parents of a 12-year-old Palm Harbor girl who died following a routine tonsillectomy filed a medical negligence lawsuit against Mease Countryside Hospital in Pinellas County Circuit Court. According to the suit, Carly Jane Liptak died after the hospital and several medical professionals made a series of mistakes and provided the child with a dangerous mix of drugs. Liptak’s parents have asked the court to award them damages for mental anguish, medical costs, and funeral expenses.

On August 13, 2010, Liptak had her tonsils removed at the hospital’s outpatient facility. According to the Pinellas-Pasco Medical Examiner’s Office, she suffered from a pulmonary embolism and cardiac arrest during the surgery. Liptak’s mother, Elisa, stated although the hospital told her the operation would only take about 25 minutes, her daughter was in surgery for more than three hours. Following her surgery, Liptak was transported to All Children’s Hospital where she remained on life support until she died two days later. The Medical Examiner stated Liptak died from natural causes as a result of complications related to her tonsillectomy.

According to the Liptaks’ lawsuit, the surgery team removed both of their daughter’s tonsils despite that she showed signs of distress while the first tonsil was being removed. The couple also accused the hospital of using a questionable type and dosage of local anesthetic combined with epinephrine on their daughter. The suit alleges the combination increased Liptak’s heart rate at the same time that doctors administered two additional drugs. The alleged result was damage to the child’s heart and fluid in her lungs. The couple believes their daughter drowned in her own fluids as a result of the drug combination. The hospital is also accused of using poor resuscitation methods on Liptak. According to Liptak’s parents, their main goal in filing the suit is to ensure that no one else’s child is given the same drugs used on their daughter.

Florida hospitals, doctors, and nurses have a duty to provide patients with a reasonable standard of care. When a patient is injured or killed because a medical professional failed to provide proper care, the victim or the victim’s family may be eligible to file a medical malpractice lawsuit. In Florida, those injured by a health care provider have up to two years to file a malpractice claim. Insurance companies also have up to two years to assess such a claim before a lawsuit may be filed. Because of this, it is important for an injured patient to consult with a knowledgeable South Florida medical malpractice attorney immediately following any act of negligence by a medical professional.

Call Lazarus & Lazarus, P.A. at (954) 356-0006 if your loved one was hurt or killed as a result of a medical provider’s negligence. Our hardworking Miami medical malpractice lawyers are eager to assist you with filing your malpractice claim. At Lazarus & Lazarus, we represent injured clients throughout Florida achieve the compensation they deserve based on the severity of their injuries. Our dedicated attorneys help victims of medical malpractice in Orlando, Fort Lauderdale, Weston, and throughout Palm Beach, Dade, and Broward Counties. To speak with an experienced personal injury lawyer today, contact Lazarus & Lazarus through our website.