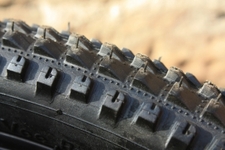 The Broward County Sheriff’s Office is asking the public for any information related to a fatal hit-and-run bicycle accident in June in Oakland Park. On June 14th, 17-year-old Gabriel Amaya was struck by a dark sport utility vehicle while headed east along Prospect Road on his bicycle. Amaya was hit in a crosswalk near Powerline Road just after dark. The force of the impact reportedly threw the boy into the roadway. The driver who hit Amaya allegedly continued on before he stopped a short distance down the road and got out of the vehicle. The driver then got back into the SUV and fled the scene of the crash. Amaya died as a result of his injuries while en route to the Broward Health Medical Center.

Law enforcement officers would reportedly like to question 37-year-old Christopher Thompson of Oakland Park about the case. Thompson may be driving a black 1995 Chevy Tahoe with extensive damage to the left side mirror, grill, and headlight. Although Thompson purportedly lives near the scene of the fatal accident, his neighbors stated they had not seen the man for several days when questioned by police. According to law enforcement officials, Thompson has a criminal record as he was previously arrested on drug possession charges.

A large percentage of bicycle accidents are caused by careless and inattentive drivers who fail to notice or yield to bicyclists. Unfortunately, a bicycle rider is no match for even a small car, much less a sport utility vehicle. Sadly, injuries that are caused by a bicycle accident are often catastrophic. Many bike accidents also result in a victim’s tragic and untimely death. Because of the severity of most accidents, it is important for riders to ensure their bicycle is well maintained and to wear both a helmet and reflective clothing. Additionally, bicycle riders should always obey all traffic signs and signals.

No matter how careful a bike rider is, an accident with a car cannot always be avoided. Common injuries sustained by victims in a bicycle accident can include traumatic brain injuries, fractures, spinal cord injuries, permanent disability, and even wrongful death. Due to the severity of most injuries, the medical costs associated with a cycling accident can be quite high. If you were hurt by a negligent driver while riding your bicycle, you should contact a skilled South Florida car accident lawyer to help you recover damages for your injuries.

Call Lazarus & Lazarus, P.A. at (954) 356-0006 today if you were hurt while riding your bicycle. Our experienced Broward County personal injury lawyers are available to help you obtain the damages you deserve following an injury accident. Our capable attorneys represent clients who were hurt by careless drivers throughout South Florida. At Lazarus & Lazarus, we represent accident victims in Weston, Orlando, Fort Lauderdale, Hollywood, and throughout Palm Beach, Dade, and Broward Counties. To speak with a hardworking and committed personal injury attorney today, please contact Lazarus & Lazarus through our website.