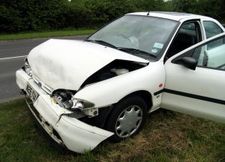 In June, two people were killed in a five vehicle accident on State Road 54 in Odessa. 16-year-old Matthew Capelo-Fine of Trinity was driving a BMW Sedan east towards Lake Polo Drive when he unexpectedly lost control of the car and skid across a median. After he crossed the median, Capelo-Fine struck a westbound Hyundai carrying five people. According to the Florida Highway Patrol, Capelo-Fine’s sedan began to spin following the initial crash. Capelo-Fine’s vehicle then hit a PT Cruiser that was sent spinning into the Hyundai he collided with initially. Meanwhile Capelo-Fine’s BMW continued on to strike a Nissan Altima. A nearby Chevy Impala also received damage to its windshield when it was struck by flying debris.

Unfortunately, Capelo-Fine died at the scene of the accident. 91-year-old Anna Davis, 13-year-old Collene Carberry, 15-year-old Jilly Horaneck, and the driver of the Hyundai, 71-year-old Joseph Furphy, were transported by rescue crews to Tampa General Hospital where Davis later died. Both Furphy and Horaneck reportedly suffered serious injuries in the crash and Carberry received only minor injuries. Although the cause of the collision is still under investigation, alcohol is reportedly not a suspected factor in the accident.

In Florida, we often spend countless hours in our automobiles every week. Unfortunately, with so many drivers and passengers on the roads, motor vehicle collisions are a fact of life. Every year, auto collisions are one of the leading causes of personal injury and death in the State of Florida. Injuries sustained in a car accident may be minor or they may be catastrophic. Car crashes are frequently caused by inattentive or inexperienced drivers, defective vehicles, weather, road debris, speeding, fatigue, and aggressive or impaired driving. If you or a loved one was injured through no fault of your own in a motor vehicle accident, you may be eligible to receive compensation for your injuries, medical expenses, lost wages, and any resulting disability. If you were hurt or lost a loved one on a Florida roadway, you should contact an experienced Florida car accident lawyer to help you file a claim against the negligent party.

At the law firm of Lazarus & Lazarus, P.A., our knowledgeable Broward County car accident attorneys are available to assist you in obtaining the compensation you deserve following an unexpected motor vehicle collision. At Lazarus & Lazarus, we represent clients throughout the State of Florida including residents of Orlando, Fort Lauderdale, Weston, Palm Beach County, Broward County, and Dade County. To schedule a free initial consultation with a hardworking and committed lawyer, call Lazarus & Lazarus at (954) 356-0006 today. You may also contact our capable attorneys through our website.