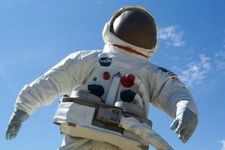 A retired astronaut who flew two space shuttle missions was recently killed in a tragic Pensacola Beach jet-ski accident. 51-year-old Alan Goodwin Poindexter died after the jet-ski he was riding on was struck by another personal watercraft in Little Sabine Bay. Poindexter was reportedly jet-skiing with two of his adult children when the accident happened. According to the Florida Fish and Wildlife Conservation Commission, the incident occurred after the jet-ski Poindexter was riding on with his son Samuel suddenly slowed. Another jet-ski driven by his son Zachary reportedly hit the back of Poindexter’s jet-ski at a high rate of speed.

The force of the deadly crash allegedly tossed both Poindexter and Samuel into the water. Friends reportedly pulled Poindexter onto a nearby boat and performed CPR until emergency responders arrived. The former NASA astronaut was then taken by emergency helicopter to Baptist Hospital where he was pronounced dead. The exact cause of the accident is currently under investigation by the Wildlife Commission.

Every year, many people in Florida are killed in unnecessary and avoidable boating accidents. Because our state it is a popular tourist and boating destination, people often spend a lot of time on the water in Florida. Whether on a lake or in the ocean, anyone using a boat or personal watercraft should always be careful to follow established safety rules and guidelines.

Losing a loved one in an unexpected watercraft accident like this one can be devastating. If your close relative was killed in a Florida boating accident that was caused by someone else’s carelessness, recklessness, or negligence, you may have the right to file a wrongful death lawsuit against the person who caused your loss. Although no amount of money can bring back your family member, filing a wrongful death claim may help to relieve some of your financial burden and deter similar behavior in the future. Because the amount of time you have to file a wrongful death claim in Florida is limited, it is a good idea to contact a capable personal injury attorney as soon as possible following your loss.

Call the law firm of Lazarus & Lazarus, P.A. at (954) 356-0006 if you lost a loved one in a tragic accident on the water. Our dedicated and hardworking Hollywood, Florida personal injury lawyers are available to help you obtain the compensation you deserve following the unexpected loss of a family member. At Lazarus & Lazarus, our experienced attorneys represent clients who have suffered a devastating loss throughout the State of Florida. Our law firm provides assistance to accident victims and their loved ones in Orlando, Weston, Hollywood, Fort Lauderdale, and Broward, Dade, and Palm Beach Counties. To speak with a knowledgeable personal injury attorney today, please contact Lazarus & Lazarus through our website.