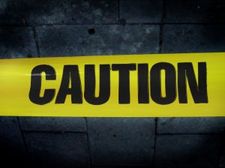 Two men were killed outside of an historic Liberty City eatery when an allegedly drunk driver lost control of his truck and struck them. 60-year-old Wilton Harris and 61-year-old Al Hamlin were standing on a sidewalk in front of Jumbo’s Restaurant when a white pickup truck driven by 53-year-old Antonio Lawrence reportedly sped into the parking lot. Initially, the pickup hit a car parked outside of the eatery. The force of the impact then pushed the parked car into the two men before the vehicle went through the front windows and came to a stop inside of the restaurant. During the accident, Hamlin was reportedly thrown into the restaurant while Harris was pinned under the pickup truck. Both men died at the scene of the crash. Luckily, although about a dozen patrons were inside of the restaurant at the time, no one else was injured.

According to an accident witness, Lawrence appeared to be intoxicated as he stumbled out of his pickup truck following the crash. He was later arrested and charged with two counts of DUI manslaughter. Lawrence is reportedly being held in Miami on a $30,000 bond.

Unexpected car crashes are one of the leading causes of wrongful death in Florida every year. Because of the number of beaches, amusement parks, seaports, and other attractions located in the state, many people are on the roadways and sidewalks at any given time. Unfortunately, commuters, pedestrians, students, tourists, and others risk being hurt by a careless or impaired motorist every day.

When a pedestrian is struck by a motor vehicle, the resulting injuries are frequently catastrophic. Pedestrians who are hit by a car often sustain broken bones, spinal cord injuries, traumatic brain injuries, and may even be killed. In Florida, an injured pedestrian may recover compensation for medical costs, physical and occupational therapy expenses, pain, suffering, and lost wages. Close relatives of someone killed in a Florida pedestrian accident may also be able to recover for wrongful death. If you or a loved one were hurt in an accident caused by a careless or intoxicated driver, it is a good idea to contact a knowledgeable Florida car accident lawyer as soon as you are able.

At the law firm of Lazarus & Lazarus, P.A., our skilled Miami-Dade personal injury attorneys are available to help you obtain the damages you deserve following a pedestrian or other injury accident. Our experienced lawyers represent clients who were hurt by negligent drivers throughout the State of Florida. At Lazarus & Lazarus, we assist accident victims in Orlando, Fort Lauderdale, Weston, Hollywood, and Dade, Palm Beach, and Broward Counties. To speak with a hardworking personal injury attorney today, please call Lazarus & Lazarus at (954) 356-0006, or contact us through the law firm’s website.