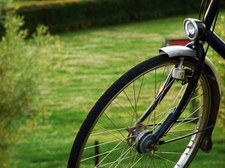 In early July, a 20-year-old University of Florida student died as a result of the injuries she sustained in a June 23rd hit-and-run accident. Rebecca Harris was struck by a white sedan while riding her bicycle in a crosswalk on Southwest 16th Avenue in Gainesville. After the accident, rescue crews transported Harris to a local hospital in critical condition. She reportedly suffered a traumatic brain injury, two broken legs, and a broken arm.

According to Lt. Bruce Giles of the Gainesville Police Department, although the vehicle that struck Harris did not stop, it was later found abandoned near Southwest 131st Lane. Lt. Giles stated he was certain the car found by police was the same vehicle involved in the hit-and-run accident because it not only matched accident witness reports, but the damage to the car was also consistent with Harris’ injuries. Following the collision, police issued a warrant for the arrest of 22-year-old Jessica Paige Becerra. Becerra reportedly turned herself in to police and was placed in the Alachua County Jail on June 29th. She was released four days later on a $25,000 bond.

Bicyclists, skaters, joggers, and anyone traveling on foot are at risk of being the victim in a Florida pedestrian accident. Because pedestrians have little protection from cars, trucks, and motorcycles, the injuries sustained in such a crash can be catastrophic. Severely injured accident victims may suffer a spinal cord injury, traumatic brain injury, paralysis, and a variety of other permanent disabilities. Unfortunately, as was the case here, vehicle collisions with pedestrians may also be fatal.

Treating the injuries sustained in a pedestrian accident is often costly. A victim may be eligible to receive compensation for medical expenses, physical therapy, surgery, lost income, pain, suffering, and other damages. Additionally, although no amount of compensation can bring back your loved one, close family members of those killed in pedestrian accidents may be able to relieve some of their financial burden by filing a wrongful death claim. An experienced Florida lawyer can help you evaluate your options for recovery.

If you were hurt or a close relative was killed in a Florida pedestrian accident, contact the law firm of Lazarus & Lazarus, P.A. today. Our hardworking Weston personal injury attorneys understand the host of emotions that can accompany an unexpected injury. At Lazarus & Lazarus, our skilled lawyers are available to represent clients who have suffered a devastating loss throughout the State of Florida. Our attorneys provide assistance to accident victims and their loved ones in Orlando, Hollywood, Weston, Fort Lauderdale, and throughout Dade, Broward, and Palm Beach Counties. To speak with a knowledgeable personal injury attorney today, please call the law firm of Lazarus & Lazarus at (954) 356-0006 or contact us through our website.