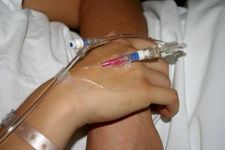 Boon’s lawsuit alleges the two doctors committed negligence because they both knew contraceptive drugs increase a woman’s chances for developing a blood clot following surgery. He also says both doctors were aware that Brooke was taking the drug. Additionally, Boon pointed to the Physician’s Desk Reference which states patients should not take oral contraceptives for at least four weeks prior to an elective surgery. In addition to the two doctors, Boon’s lawsuit names Glicksteen’s employer, Internal Medical Group, as a defendant.

Medical professionals who provide treatment to patients in Florida must do so with a reasonable level of care. When a medical caregiver such as a primary care physician, nurse, surgeon, hospital, pharmacist, or dentist fails to provide a patient with proper care and an injury results, the victim may have grounds to file a medical malpractice lawsuit. A failure to diagnose or properly monitor a patient, an incorrect or delayed diagnosis, and surgical, birthing, and prescription errors may give rise to a medical malpractice claim. Other common medical professional errors include the improper administration of anesthesia, medical lab errors, and negligence.

The victim of a negligent, careless, or reckless medical care provider may be eligible to receive compensation for their medical costs, lost wages and benefits, future medical expenses, pain, suffering, and other damages. When a patient is hurt or killed by a health care provider in Florida, the victim and their families have up to two years from the time when they learned a medical professional may have caused the injury or loss to file a claim. Because Florida law allows insurance companies six months to evaluate a medical malpractice claim before a lawsuit may be filed, injured patients should file their claim as quickly as possible.