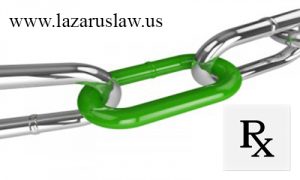 We have discussed the fact that medical errors are now the 3rd leading cause of death, and that pharmacy errors account for a great number of those deaths. Many mistakes regarding prescription medications occur as a result of human error such as putting the wrong pills in the bottle, mislabeling, or incorrect dosages.

A new article in Forbes – A Prescription Drug Bottleneck Put My Husband’s Life in Danger – addresses a growing number of patients dealing with the “supply-chain” side of getting medicine from the pharmaceutical manufacturers to the patient.

Some companies are trying to by-pass traditional pharmacies and send medication via mail-order in order to save money. This article describes a patient afflicted with Parkinson’s disease and his wife who endured several very stressful episodes when crucial medication was completely unavailable.

Another issue related to the pharmaceutical supply chain is the fact that drugs often pass through many hands as they travel from the factory to the consumer.

Wholesalers and secondary wholesalers often distribute medicine to the highest bidder, or ship them out of the country if there is a buyer willing to pay. It is also in these mid-level channels that counterfeit drugs sometimes infiltrate the market from China, Thailand, or Columbia. The more frequently a drug changes hands, the greater the chance that counterfeit or diverted drugs can enter the legitimate supply chain.

Such a porous supply chain poses hazards to patients — thousands of people worldwide die every year from ingesting fake drugs — and it costs the pharmaceutical industry an estimated US$46 billion a year in lost profits. The World Health Organization (WHO) in a recent study said that counterfeit drugs represent more than 10 percent of global sales. In 2004, the FDA reported that the number of its investigations of counterfeit drugs rose by 150 percent from the previous year as a growing number of criminal groups take advantage of high profits and penalties that are less severe than those for selling illegal narcotics such as heroin or cocaine.

The chances of receiving a counterfeit pill from one of the major pharmacy chains in the U.S. are very slim, but it’s not a bad idea to inspect your medications and make sure they look right, that they’re the right color, etc.

If something doesn’t look right with your medication check with your pharmacist, and there are pictures of pills online, look for one published by the manufacturer.

Lazarus and Lazarus has been dealing with pharmacy-error-related injuries for over 20 years. If you believe you have suffered due to a prescription medicine related error or negligence on the part of a pharmacist, pharmacy, or any medical practitioner, we would be happy to sit down with you and listen to your story. We can be reached by calling 954-356-0006