This is a busy legislative session in Tallahassee, and one of the issues being considered will effect every Florida driver. The $10,000 “no-fault” 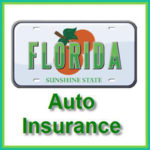 Florida PIP requirement that has been in place for many years may be ending in favor of new requirements for $25,000 bodily injury and $50,000 per incident coverage.

When you consider the enormous increase in medical expenses over the years, $10,000 really doesn’t cover much if a victim has sustained serious injuries. Florida’s PIP law has long been blamed for insurance fraud. It’s been revised several times since 2000 to try to curb “bad faith claims.” But those reforms have also restricted coverage. Florida PIP was created in 1971 as a way to reduce lawsuits over traffic lawsuits.

There are varying opinions on this question. It’s really a case-by-case basis, and other states are also re-examining the whole concept of PIP. Florida is one of ten states that have personal injury protection (no fault) auto insurance. The intention was to provide injured drivers up to $10,000 in immediate medical coverage in lieu of establishing fault through the court system. The goal was to reduce payment delay for injured drivers, as well as limit the utilization of the court system. In Florida PIP coverage is required to be purchased by all owners of motor vehicles registered in this state. PIP coverage makes the individual responsible for their own injuries in an accident regardless of fault.

There are currently at least four separate bills moving through committees, so it’s murky as to what might eventually emerge, and then what bill will actually pass.

The Law Firm of Lazarus and Lazarus has worked hard for clients who have been injured in serious car accidents for over 20 years. We have developed a reputation for being tenacious advocates for higher and better compensation for victims. Please give us a call at 954-356-0006 if you have been involved in an accident and you have questions about what to do.