The Constitution of the State of Florida, as revised in 1968 says that “a regular session of the legislature shall convene on the first Tuesday after the first Monday in March.” That being today, it’s 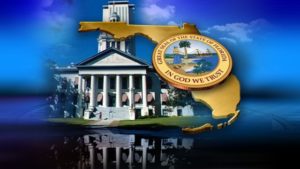 time to convene! Most people don’t follow the Florida Legislature as closely as they do the Miami Heat or their favorite celebrity, but there are some issues before our lawmakers this session that may directly affect our lives as Floridians.

Everyone has to carry PIP insurance in Florida, right? Maybe not if lawmakers repeal mandatory PIP in this session. A Senate committee has discussed abandoning PIP in favor of a system whereby people injured in auto accidents can sue to recover against bodily injury policies held by drivers found at fault. It’s not clear exactly what effect this would have on victims and their ability to recover damages, but we will follow this closely. 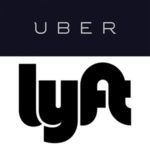 Companies like Uber and Lyft are called transportation network companies (TNCs) and they are the subject of a proposed law this session. The new law would require the companies to provide insurance for cars, where currently the drivers provide their own insurance. Obviously this would increase costs for the large companies, but how that might filter down to riders is unclear. In cases where people are inured in accidents, it has always been a murky area to determine who is covered and how much coverage applies to drivers and riders. Anything that gives victims more access to reasonable compensation for their injuries would be welcome.

Florida Personal Injury and Malpractice Actions: House Bill 469 would allow plaintiffs to recover interest on non-economic claims, including pain and suffering, at a rate set 4.9 percent but varying with inflation — from the date of a loss. All Floridians should be aware of the statute of limitations for civil actions, including Florida personal injury (4 years) and medical malpractice which is currently 2 years. A new law under consideration in this new session pertains to abortions, which is HB 19. It would create a cause of action by women against doctors who performed an abortion without informed consent as many as 10 years later. Because most people are not sure about the time allowed to file actions for a Florida personal injury case, it’s best to consult with an attorney sooner than later.

Medical Marijuana: Voters last November overwhelmingly approved Amendment 2, which allows higher-strength marijuana to be used for a wider list of medical ailments than had been allowed under state law. Legislators will consider bills to implement the amendment, including possibly expanding who can grow and sell medical marijuana.

Guns and Gambling: Lawmakers will consider several revisions to existing laws related to carrying firearms, as well as a complete overhaul of the gambling industry, so everyone will have plenty of work to do. We’ll keep you posted.

The attorneys at Lazarus and Lazarus study the activities of our lawmakers in Tallahassee and Washington very closely for changes that will help them to help you. Getting the maximum results for our clients is our primary goal, and we fight hard for every victim. Please reach out to us at 954-356-0006 and ask us for a confidential consultation if you are the victim of someone else’s negligence, malpractice, or carelessness.