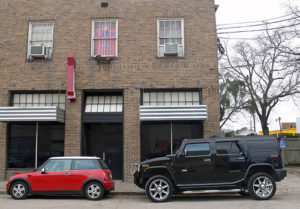 Small cars are popular for many reasons. If you live in a big city where parking is hard to find, you’ll be happy to have a small car. Street parking often involves putting your car into a tight spot that tests your parallel parking skills. Fuel economy is another reason why people choose small cars, they get better mileage overall.

Small cars are generally more maneuverable than large vehicles and SUVs so many people feel they are able to avoid collisions better than when driving a big car.

But, when it comes down to surviving a crash, bigger is better. According to the Insurance Institute for Highway Safety, “Driver death rates calculated by IIHS illustrate the real-world advantages of bigger, heavier vehicles. For example, as a group, in 2014 very large cars 1-3 years old had 19 deaths per million registered vehicles, while mini-cars had 55. Of the 19 vehicles with the lowest driver death rates from the 2008-11 model years during 2009-12, all were midsize or larger. Two-thirds of those with the highest rates were small vehicles or mini-cars.

How much do cars weigh?

Here are a few weights of popular vehicles in the United States:

The playing field would be level if everyone drove smaller cars, and that may be a goal for the future, but as long as there are large commercial trucks on the road it’s kind of a David vs. Goliath battle. But who won the battle of David and Goliath? 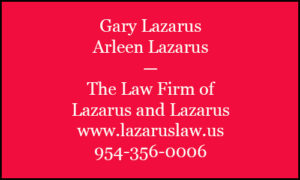 Let’s put our genius caps on and figure out what we can do if for one reason or another we can’t afford a big car. We can do things to prevent accidents like focusing on the road. More and more more accidents are being attributed to distracted (texting) driving. We can drive the speed limit and obey all traffic laws. We can wear seat belts and never, ever drive while impaired. Drive smart, drive safe, and we can all co-exist on the road.

The Law Firm of Lazarus and Lazarus works with people who have been involved in serious automobile, bus, and motorcycle accidents. We are dedicated to protecting the rights of victims and we will persevere to gain the compensation our clients are entitled to under the law. If you have been involved in a bad accident, we will be happy to meet with you and discuss your options. Call us at 954-356-0006.

Motor Trend Magazine has a page on their website that includes weights for all vehicles: http://www.motortrend.com/cars/