Who is Responsible When There is no Human Driver?

A near-miss between a self-driving Tesla and a Phoenix motorcycle police officer last year raised eyebrows in the motorcycle community even though there were no damages or injuries.

According to USA Today: The officer, who was in front of the Tesla, stopped for a traffic signal, police said. After also stopping briefly, the 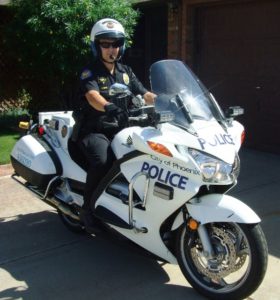 Tesla began creeping forward, prompting the officer to jump off his motorcycle and move away. The officer later estimated the car was moving at about three miles per hour, police said. There were no injuries or damage.

Recently The Mercury News reported: General Motors is in a race to be the first company to mass produce self-driving cars, but a recent crash with a San Francisco motorcyclist has illustrated the tricky challenge of assigning blame when an autonomous vehicle gets in an accident.

There are several other incidents in the news, some involving very serious injuries.

Self-driving cars operate using sensors and those sensors are calibrated to “see” cars, trucks, and trees. Obviously they won’t tell the car to slam on the brakes if a pigeon crosses the road, but somewhere between a large truck and a bird is a motorcycle. Are these cars going to be able to detect a motorcycle when one is riding alongside on the highway? Can they detect a dog that may run out in the road? 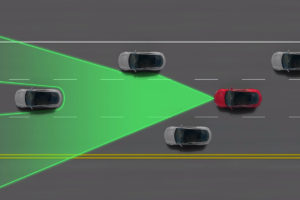 There have been many reports about hackers that have a ability to break into a driver-less car’s navigation system and remotely disable it. We can’t imagine the panic a person would feel if their car suddenly accelerated on its own as it approached a red light, nor the damage that could be done to people and property.

Floridians have a right to know if these new vehicles are a danger to motorcyclists, bicyclists, pedestrians, and everyone, and what protection we have if they cause an accident with injuries or worse.

Self-driving cars may be the future of travel and they may someday be perfected. In the meantime, we will work diligently to help people who are injured in accidents with these vehicles. If you have questions, please contact us at 954-356-0006 and thank you.