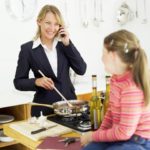 Today we have no choice but to multitask. In order to keep a job with most companies multitasking is skill requirement number one, and at home we cook, text, read email and talk to Alexa while we load the dishwasher.

It all seems quite normal until you hear this, from Psychology Today Magazine: “Multitasking compromises our visual awareness, divides our attention, distracts us, reduces our job satisfaction, stunts our memory, impairs cognitive function, and sabotages our performance. With that being said, do you really want to multitask in the car? While you’re driving? 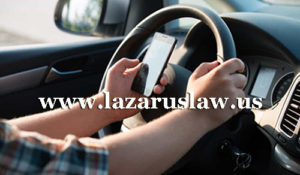 Florida has not yet enacted strict laws about texting and driving like many other states, so while you may not be heavily fined like you would in New York (up to $450.00) you do have the potential of injuring yourself or your fiends and family by multitasking in the car. We urge everyone to turn off the ringer and put their phones away while driving. There is nothing that is so important to risk an accident, please deal with calls and messages later, after you arrive at your destination.

As Fort Lauderdale accident attorneys, we have seen victims of very serious accidents try to deal with serious injuries caused because of someone multitasking while they drive. If you have been involved in an accident please feel free to give us a call at 954-356-0006 and we’ll answer your questions about how to deal with your situation.