Serious accidents are always difficult to investigate, but when an impaired driver is involved they are an even larger challenge because that means there is a criminal element to deal with and often the offender leaves the scene.

It’s important to understand what you should and should not do if you are involved in an accident and you believe another driver is impaired. Police recommend you do not try to detain a drunk driver from leaving the scene but call 911 and give the best description of the car and the driver you can. They will search for and hopefully find the driver. 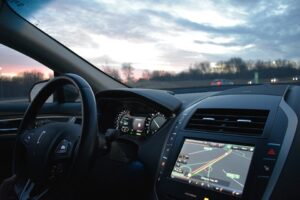 Drivers who run afoul of the Florida Statutes covering impaired driving have for years found themselves ordered to install special equipment in their cars as a condition if they want to drive. It is a system that screens them with a breathalyzer-type device to make sure they don’t have alcohol in their system.

This year the U.S. Congress is attempting to pass a large infrastructure law that will include a requirement for U.S. automakers to install special equipment to sense if the driver is impaired. Read Car & Driver Article – Known as the Drunk Driving Prevention Technology Provision, it would not be the type of system known previously which involves blowing into a tube, but would involve some type of sensory technology. We can only hope it cuts down on drunk driving accidents.

Fact: In every state, it’s illegal to drive drunk, yet one person was killed in a drunk-driving crash every 52 minutes in the United States in 2019.

The Law Firm of Lazarus and Lazarus has been helping drivers who are injured by impaired drivers since 1992. We work with the police and with insurance companies to make sure the rights of our clients are protected and that they receive the maximum compensation allowed by law for their damages and injuries.

If you are involved in any type of accident it is smart to seek the advice of an experienced Personal Injury Attorney. Our consultations are free and completely confidential. We’re available 7 days a week at 954-356-0006.