We all know the routine. You visit your doctor and before you leave you are handed a prescription for a medication to take to the pharmacy. Many doctors today can send the prescription by computer direct to your pharmacy and that makes life a little easier but you still need to stop at the pharmacy on the way home.

What if doctors were to fill your prescription right in their office?

One issue with going to the pharmacy routine is that some people never go. A study revealed that 20-30% of all prescriptions are never filled. The reasons for this could include forgetfulness, cost, or just apathy, and it’s a serious issue.

If a doctor gives a patient a prescription and it is never filled, the doctor will usually assume the patient is taking it. If something happens, a physician will not be able to thoroughly understand what’s happening with the patient and why certain symptoms are present or missing. It is very important to take medications as prescribed and always carry a list of all medications including dosages with you in case of emergency.

Getting the medication into the patient’s hands as quickly as possible is definitely an advantage of in-office dispensing. Another advantage is communication. Patients would probably be more 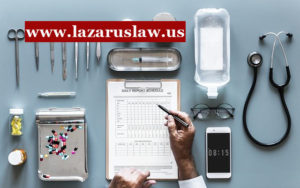 inclined to take a few minutes to speak with their doctor or nurse about how and when to take the medication, and ask questions about side effects.

Pharmacies obviously would not favor increased doctor dispensing of prescription medication because they would lose business, and they claim that costs would rise dramatically. Pharmacies feel they do a good job filling prescriptions accurately and making sure they watch for any negative drug combinations that could cause issues for patients. However, several studies and investigations including one by the Chicago Tribune found that pharmacies actually make many errors.

Forbes magazine recently reported an incident where several people received injections of insulin instead of a flu shot. It happened at a facility, not at a pharmacy but the injections were administered by a pharmacist.

Whether a patient gets medications from their physician or their local pharmacy the important thing is that they receive the medicine they are supposed to take. Pharmacy errors have included putting the wrong medication in the bottle, or incorrect dosages and these mistakes can cause serious injury or death.

The Law Firm of Lazarus and Lazarus has been helping victims of prescription injuries since 1992. These cases involves a special level of expertise and victims should seek a personal injury attorney with experience. Please call Gary and Arleen Lazarus at (954) 356-0006 and we will listen to you, then recommend the best course of action if you believe you may be a victim of pharmacy errors or if your physician may have made a mistake in your treatment.