Help is Here and the System Will Continue to Work

Recent weeks have taken us all into what might be called uncharted waters because we have never experienced anything quite like this. The first thing we will say is that panic will only make every situation worse, and it’s best to slow down and try to remain calm. We will get through this together. 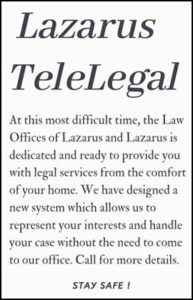 Most people are staying home and that’s best, but many of us still have to venture out to shop for food or go to jobs that have been deemed to be essential. People who go out in their automobiles are doing so in an environment that is populated with other people who are likely on edge and not focused on the road and other cars.

It’s a recipe for accidents.

If you are in an accident on the road, or perhaps in a store or on some other property, remember that our first responders, the police and paramedics are still there for us. The first thing to do after any accident is to make sure any injured people are attended to immediately.

Next, get some advice from someone who can calmly assess the situation and make sure your rights are protected and your responsibilities are understood: an experienced and qualified injury attorney.

Our civil justice system is still in place, and it will continue to work for people who are injured.

If you have questions about some type of injury or harm that happened to you or a loved one and you’re not sure how to proceed, you do not have to come to one of our offices. We can arrange a free, virtual consultation online if you call (954) 356-0006. We monitor our phone lines 24/7 and will respond to you promptly. 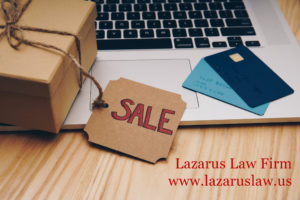 If you want to live a long and healthy life, there are many steps you can take, one of which is to move to Monaco. The tiny principality nestled in along the French Riviera has the highest life expectancy in the world at 89.52 years. Here in the United States we can expect to live to 78.7 years of age, but of course it doesn’t really matter where you live if you have poor habits related to your health and safety. Good genes are what doctors tell us is the number one factor in a long life, followed by healthy choices on diet and exercise.

Statistics do tell us a lot about what is likely to happen in our lives and that even applies to motor vehicle accidents. According to statistics from the Insurance Institute, the average American driver to be involved in a motor vehicle crash every 18 years. Of course some people will never be in an accident and others will manage to crash their car many times, but those are the current numbers. Safe drivers who obey the speed limit and drivers who do not text or drive drunk have much better chances of avoiding accidents.

Here is something interesting that probably contributes to the fact that women outlive men:

So, while you don’t want to live your life in a state of fear, wondering when you’re going to have a car crash, you do want to exercise caution and good judgement behind the wheel so you will be one the ones to defy the odds. And you’ll want to be prepared in case an accident does happen, so it’s not a major event. What are the things to do if you’re in an accident?

We hope you are a safe and careful driver and you have a long, peaceful and prosperous life. Expect every day to be a great one, but be prepared for life’s little trials and tribulations, and keep our phone number handy if you ever do need our help or advice. Lazarus Law Firm (954) 356-0006 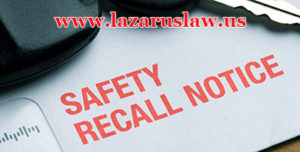 has been in a car accident. We believe that almost all accidents are avoidable, and driving a safe car is a very big step in that direction.

You may not know that as many as 1 in 4 cars on the road right now has a safety recall that has not been fixed yet. What can you do?

When you go to the dealer, they will run your vehicle identification number (VIN) in the computer and the service adviser should let you know if there are any outstanding recalls. But if your car is older and you don’t get to the dealership, you might want to run your VIN through the safercar.gov site, powered by the National Highway Traffic Safety Association. You can find your car’s VIN on your title, registration, or insurance card.

Two recalls that were very noteworthy because of the incredibly severe safety hazards they covered were:

Another area of concern is child car seats. These crucial pieces of equipment are often recalled and you can look for any safety bulletins at a special online webpage powered by Parents.com.

Please check both the resources above for any car or car seat recalls, and make a proactive decision to have your car inspected regularly for safety. Brakes, lights, air bags, the whole car. Please wear your seat belt always, and never text while driving.

Lazarus and Lazarus represents people who have been hurt in accidents all over the state of Florida. We work diligently until our clients receive the maximum compensation allowed by law for their pain and suffering, injuries, medical bills, lost time from work, and other damages. Call us at 954-356-0006 so we can have a discussion about your situation. 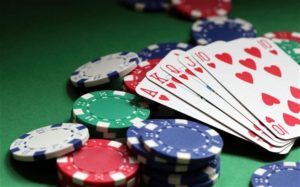 Playing the odds means taking a risk. If you open a box of standard playing cards and remove the jokers, there will be 52 cards. If your goal is to pull out the 4 of diamonds and you randomly pull out a card, your odds of picking that card are 1 in 52. There’s really nothing you can do to change those odds, they are what they are.

What are the odds you will be involved in a car accident, and can you do anything about those odds?

According to Forbes Magazine, statistics from the Insurance Institute predict the average driver will file a report about a collision every 17.9 years. Now, I know people who have had several accidents in one year! Are they incredibly unlucky? Probably not, the word might be careless.

Some of the top causes for auto accidents are:

Solution: Have your car inspected often. When you have your oil changed, ask the technician to check the car for safety issues. If he will will charge a little extra for a thorough check-up, please pay it. The peace-of-mind and your safety are worth it.

END_OF_DOCUMENT_TOKEN_TO_BE_REPLACED 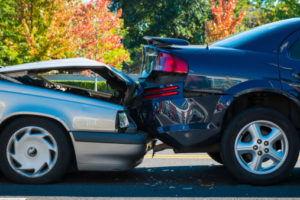 Two horrible rear-end vehicle accidents in Florida ended the young lives of four young women recently, leaving family and friends searching for answers about how and why these tragedies occurred. Two women from the University of Florida were killed when their car was rear ended in Okeechobee County on March 5th, and two Weston women who were students at FSU were killed on the Florida Turnpike last week, also in a rear end accident.

Most people think there’s nothing you can do to avoid, prevent, or escape a driver who comes up behind you and doesn’t stop. The reasons for these accidents may involve driver impairment (drugs or alcohol) or distracted drivers (texting) or any number of other reasons, but there are some things you can do as a sober, responsible driver to lower your chances of being hit from behind.