This week (May 15 -21) is Dog Bite Prevention Week, and with South Florida’s great weather, beaches and parks, it’s an ideal place for dog lovers to take their lovable, playful pups for a stroll. A recent press release from State Farm, however, showed that not every dog’s bark is worse than its bite.

According to the press release, Florida ranks 7th for dog bite claims in the US. Furthermore, as Yahoo News noted, Florida had the highest average payout last year, at $38,356 per claim.

Dog bite accidents can result in serious injury and, in spite of well-trained dogs and Florida’s tough statute, dog bites are a common occurrence. The American Veterinary Medical Association (AVMA) notes that 4.7 million people in the U.S. are bitten by dogs every year, with the most common victims being children (the elderly being 2nd most common). Interestingly, dog bites to children usually occur with familiar dogs during everyday activities.

Here are some tips, care of AVMA and State Farm, to prevent dog bite accidents:
• Teach young children to be careful around pets • Ask permission of a dog’s owner before petting, or allowing a child to pet, a dog • Never leave babies or small children alone with a dog
If you’ve been injured as a result of an animal or dog bite, our attorneys are ready to help.

Many of us in South Florida are dog lovers and own dogs. Yet most people are not fully aware of the consequences that owners face for victims of dog bites. This may not seem like a matter of top priority, but as we have learned from a recent story, everyone is subject to the law.

The Palm Beach Post reported on Thursday that the dog of former NFL player Joe Namath was sanctioned by a special magistrate and declared “dangerous.” According to the report, the Labrador retriever, Leo, will no longer be allowed to wander through the yard of Namath’s home in Tequesta without a leash or a muzzle, must be caged when they have guests, and is not allowed to be taken to public places. Namath will also face increased fees to license Leo and must notify animal control when he leaves the city or when the dog dies. Namath’s Weimaraner, Stella, was also set to be sanctioned, but charges were dropped when a witness for the case did not show up. 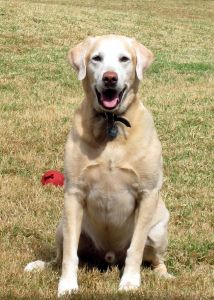 The sanction stemmed from incidents in which the Labrador charged at a UPS worker and bit a nurse. However, the Palm Beach Post noted that this was not the first incident. Officials from animal control noted that since 2007 the dogs were involved in four other attacks, including an attack in which a UPS worker was bitten on the calf in May 2007.

This story brings an important issue to light. How many dog owners actually know what penalties they are subject to if their dog attacks someone? Do victims know their rights if they are attacked by a dog? What if the dog is on a leash? Do you have a warning sign? Better yet, does it matter? Does the victim’s age matter?

Florida Statutes Section 767.04 states that dog owners are held strictly liable for any victim of a dog bite, meaning that it does not matter whether you, the owner, knew that the dog was vicious or that the dog never showed signs of bad behavior before. The dog owner is liable to all people in public places and to those that are legally allowed to be in a private place such as when a person is invited to a dog owner’s household or property. Dog owners must also keep in mind that cities have their own local ordinances which may come into play.
END_OF_DOCUMENT_TOKEN_TO_BE_REPLACED

A boy in the Miami-Dade county was injured after being attacked by a dog on Thursday, October 22. According to WFOR-Channel 4, the 10-year-old was attacked when he approached a Husky mix which was chained near its owner on Southwest 120th Court.

The South Florida boy was bitten on his side and on his arm, according to the Sun Sentinel. Thankfully, he was listed in good condition after being taken to Miami Children’s Hospital. The attack is under investigation.

Though both owners and innocent bystanders take precautions to prevent injury, accidents do happen. Our law firm is qualified to handle dog bite cases. If you or someone you know has been injured from a dog bite, contact us at our offices with your questions and concerns.