What is an accident? By definition, it is “an undesirable or unfortunate happening that occurs unintentionally and usually results in harm,

injury, damage, or loss; casualty; mishap.” Another definition is: (law) “such a happening resulting in injury that is in no way the fault of the injured person for which compensation or indemnity is legally sought.”

The State of Florida changed their reports years ago from “accident reports” to “crash reports” we assume because law enforcement does not want to be as involved in determining fault for a crash, and it is usually better for that to be resolved in a court of law.

Whatever you call them, accidents or crashes, they’re both bad and should be avoided. Some feel there’s not much you can do about avoiding an accident, but we know that to be untrue. In fact, here are five things you can do to significantly reduce your chances of being in an accident.

We have been helping people injured in accidents across south Florida for over 20 years, and we find that almost every crash was preventable. Please be careful, but if you are injured in a crash it’s important to have someone on your side who can determine the cause and help you get the help you need to pay for medical bills, lost time from work, damages, and your pain and suffering. We work very hard for our clients and we’ve earned an excellent reputation for doing so. Reach out to us by calling 954-356-0006 if you would like to have a conversation.

Sepsis is a serious, potentially fatal infection that causes more fatalities in the U.S. than heart attacks. A recent study done by the Centers for Disease Control and Prevention (CDC) has found that almost two thirds of the total 258,000 annual deaths were not diagnosed in time by doctors and nurses. In some cases, this could be considered medical negligence.

There have been instances where people have died in a hospital or nursing home and their family is not told the truth about the cause of death. Many times people are left to assume that it was just “old age” but in truth it was a preventable issue: sepsis.

A thorough article about sepsis was published last year in U.S. News and World Report.

Early Detection of Sepsis is key to Recovery

According to the CDC, while delayed diagnosis sepsis can increase the risk of mortality, early detection can save lives. If the condition is diagnosed within six hours, the prognosis is pretty good. Another study has shown that the chances decrease over by 7 percent for each hour it goes untreated. The chances become bleak with every hour that the condition is left untreated.

Sepsis is Difficult to Diagnose

One reason that many cases of sepsis go undiagnosed and untreated is that there is no reliable test for it. Also, each patient experiences different symptoms. While there are some hospitals that have found ways to detect and prevent sepsis at an early stage, there are many others that still lack in this.

Have someone close to you been a victim of delayed sepsis diagnosis?

Sepsis is a potentially fatal condition if not detected and treated in time. Also, it is possible to prevent, detect and manage the condition. If you or someone close to you has suffered from complications or fatality as a result of delayed diagnosis of sepsis, you have the right to pursue compensation for all the losses you have suffered.

The best thing to do if you suspect sepsis may have contributed to the deteriorating condition of a loved one, or their death, you may call us and arrange a confidential consultation. We can be reached at 954-356-0006. 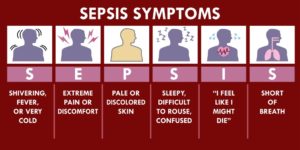 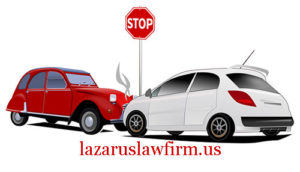 Insurance is one of those things people hate to pay for, but when they need it they are very happy they did. Many people pay for insurance their entire lives and never actually use it. The insurance companies love those people. Others are constantly making claims for this or that and it all balances out in a system that isn’t perfect, but we have to deal with it.

Is there any big difference between one insurance company and another? Consumer Reports did some research and then produced ratings for car insurance companies and the results are interesting.

We have worked with all these companies, and while we will offer no opinions of our own on the quality of coverage or claim service, we will say that they all have good points and bad. Car insurance is necessary and mandatory, but working with them after an accident and getting the best compensation for your losses is sometimes best left to professionals.

We recommend that you do some rate comparisons and research on your own before making a decision. We also recommend that you obtain more than just the “basic” or required coverage. Many people call us and complain that after an accident they were left out in the cold when it came to having access to rental cars, quality repairs, and other reimbursements. Study your policy carefully and if possible sit down with an agent to go over the fine print.

If you have been involved in an accident and your company is not performing according to what you believe is fair and reasonable, give us a call. We’ll look over your policy and see what we can do to get you the compensation you deserve. We’re always here to talk at 954-356-0006.