In addition to being the most dangerous state for motorcyclists, Florida also holds the record for being the most dangerous state for pedestrians. Of all the metro areas in Florida, the Miami-Fort Lauderdale-West Palm Beach are is 11th, so we’re a little better than Tampa-St. Pete, Orlando Kissimmee, Jacksonville, and a few others but we have a lot of work to do to make our crosswalks safer. 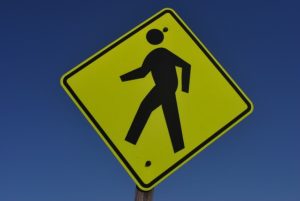 What are the numbers?

The population of Miami-Dade, Broward, and Palm Beach counties is 5.6 million people.

A report titled “Dangerous by Design 2016” compiled the statistics and is available by clicking here. Most of the blame was directed at poor road design.

If you’ve ever visited New York City, you have witnessed people crossing the street at intersections when the “walk” light flashes on without even looking for cars. Huge numbers of people just plow right into the intersection and cross without giving a single thought that they might be hit. It is customary for drivers to also obey the crossing signals and red lights, and actually stop. Pedestrians are usually given the right of way and in 2016, 144 pedestrians were killed in the whole city. Population 8.5 million.

If you live in south Florida, you should be aware that this is not even close to being the same situation. For some reason, pedestrians are often ignored and it seems drivers just don’t see the signals.

Until designs are improved and crosswalks are safer, pedestrians would be prudent to look both ways and watch out for cars. Just because the crosswalk light says “walk” doesn’t mean you’re safe. Look both ways. Look every way! And cross with caution.

We have handled far too many cases involving pedestrian injuries and death. If you have questions, please reach out to us at 954-356-0006 and we’ll be happy to set up a consultation. Thank you.