The Covid-19 crisis has made us all far more aware of our surroundings related to our contact with others and the precautions we implement to protect ourselves from contagious diseases. We have taken for granted that our homes, workplaces, and places we frequent for shopping or leisure activities are clean and free from harmful germs.

When you think about being in an enclosed space with other people, elevators come to mind. If you have ever been on an elevator or in a movie theater when someone coughs or sneezes, the first thing you want to do is get away!

If you are prudent you wash your hands frequently and avoid being too close to people you don’t know for long periods of time.

Traveling on an airplane puts you in an enclosed space for a period of time, but usually only a couple hours. Trips in a taxi or commuter train are usually fairly short. Taking a cruise, however, is often several days or even weeks, and the precautions taken by cruise lines against airborne and food-borne illnesses have long been in doubt. 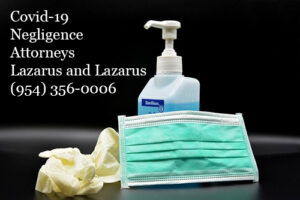 On the other hand, an article in US News and World Report  said “Air quality on cruise ships can be five times worse than on the streets of smog-choked Beijing, according to a new report by a Johns Hopkins University researcher.”

Even if you have a roomy and comfortable suite on a cruise ship, crew members are often forced into accommodations that are very cramped and unclean. Passengers come into contact with crew members constantly and there is no way to know if they have been screened for contagious diseases. Health experts have called cruise ships “incubators” for several viruses because people are confined to enclosed, unsanitary spaces for indeterminate periods of time.

The numbers of cruise ship passengers infected with Covid-19 is alarming, and there is mounting evidence that the companies that own and operate the vessels were aware of the dangers to passengers long ago.

Future generations will look back at this time of uncertainty and illness and judge us on our actions. Did we do everything we could to prevent the spread of Covid-19 and were corrective measures put in place, or did greedy corporations place profits above people?

The Law Firm of Lazarus and Lazarus has been putting people first since our start in 1992. People who are made sick or injured because of the carelessness, negligence, or malpractice of others can feel confident we will fight for their right to justice. The law provides a means for victims to receive compensation for medical expenses, pain and suffering, and lost time from work. We have been challenging the large cruise lines for many years and we understand how to get results.

South Florida is the cruise capital of the world with Port Miami and Port Everglades in Fort Lauderdale handling almost 8 million passengers last year. Everyone in south Florida benefits from the boost these ships give our local economy from hotels passengers stay in before they leave to companies that sell the food and liquor that stock the ships. It is estimated that Port Miami handles 52,000 passengers in one day on December 9, 2018.

A cruise truly is an escape from reality and they are great stress relievers. Out on the ocean your mind is free to forget about all the pressures back on land, and in foreign ports of call people relax and party without worrying about the daily grind back home.

Cruises are often in the news, but usually the news is not good. A search on Google news found these recent calamities:

The thing that makes cruises different from many other types of vacations is that while on the ship and at stops along the way, passengers are not covered by state and federal statutes related to negligence, liability, and malpractice. In other words, if you are hurt because of someone else’s carelessness it may be difficult to receive help for your injuries.

Can a Victim of Cruise Ship Negligence Get Help?

The answer is yes, but it’s complicated. For example, until a legal decision in 2014 cruise ships were almost immune from medical malpractice claims. Every jurisdiction is different, just as every accident is different. Remember that the right to sue someone in court is guaranteed in the United States because of our Constitution. Our Constitution does not extend to foreign countries and so a thorough investigation will be necessary. This is a very unique and complex are of law that many firms do not get involved in because it takes such special expertise.

Important: If you are ever involved in an accident or serious incident on a cruise ship or while off the boat on an excursion, it’s important to document everything possible. Take pictures, get the names and contact information of witnesses. This will likely be very important to

The Law Firm of Lazarus and Lazarus made a commitment when our firm was first founded that we would help people who are victims of cruise ship negligence and we continue to give them superior representation and service today. Our expertise and experience allows us to get results and we fight hard for every client. Call us at (954) 356-0006 for a consultation. 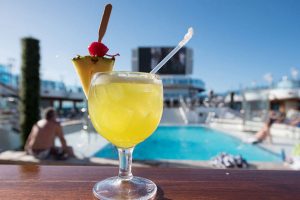 If you have visited the beach near Port Everglades in Fort Lauderdale, Florida on a Sunday afternoon-evening, you have probably noticed the steady stream of cruise ships as they parade out to sea. One-after-another they go, destined for cruise journeys ranging from a few nights to a few weeks.

When you consider the amount of food, liquor, and other supplies on board each ship it is staggering to imagine what a boom it is for the local economy. The Sun-Sentinel recently reported that a single day record for passengers leaving and arriving at Port Everglades in one day was set on December 20, 2015: 53,485!

South Florida is part of the Caribbean/Bahamas region, and you can see that no other area comes close in terms of market share:

Going on a cruise is usually a wonderful experience, with more sun, fun, and food than most people could ever hope to experience on dry land. But there are issues regarding safety and liability which must be known about before setting

out into international waters.

I recall a friend telling me that when he enlisted the U.S. Navy he was informed immediately after being sworn in “You are now under the authority of the Uniform Code of Military Justice” and my friend said he was a bit concerned because he felt he had waived his rights under the U.S. Constitution and was now “doomed!” In a way, he had waived those rights.

Similarly, any traveler who embarks on a cruise ship is playing under a new set of rules. Maritime Law is not like U.S. Law, and incidents occurring on board a vessel at sea are not covered by the same rights and privileges a U.S. citizen can count on here at home.

For example, if an accident occurs as a result of negligence by a cruise line company or an employee of a cruise line it will not be easy to document and pursue compensation for injuries including medical expenses, pain and suffering.

Some of the calamities discussed in a New York Times article about cruise ship on-board events include: adrift at sea, running aground, fires, viruses, overflowing toilets, and finally, sinking. Not exactly sun and fun stuff.

Cruise ships operate under the stress of what’s known as a rigid financial bottom line. They must transport as many passengers as possible in a very competitive market, keeping the fares low and the quality as high as they can. Sometimes corners are cut, and passengers suffer the consequences.

Only a handful of attorneys have dedicated their practice to include the complex area of Maritime Law, and in Fort Lauderdale one such firm is Lazarus and Lazarus. For over 20 years Gary and Arleen Lazarus have represented passengers who suffered losses and/or injuries due to the negligence of cruise ship companies. You may reach the firm by calling 954-356-0006 and asking for a free initial consultation. All information exchanged with the Law Firm of Lazarus and Lazarus is completely confidential.