You may have noticed your local pharmacy is busier than ever since the start of the Covid-19 pandemic. Many patients have felt it necessary to stock up on medications and some have started buying more supplements and other products related to abating the virus.

Operational changes at pharmacies have included new procedures for patient contact and the handling of medications and many pharmacies have taken on the responsibility of administering vaccines. These changes can only serve to add stress to already-overworked pharmacists and technicians.

Trying to get some one-on-one time with a pharmacist to discuss possible interactions with other drugs and supplements or pain medications is difficult if not impossible.

Prescription mistakes are among the most common of all medical errors.

Some common reasons for prescription errors are:

Many people are opting to have their medications delivered to their homes and that rules out the opportunity for an in-person consult with the pharmacist so we encourage patients to at least call and try to speak with their doctor to verify the medications, dosages, and directions are correct.

The Law Firm of Lazarus and Lazarus has been helping people who are harmed because of the mistakes, negligence, or malpractice of pharmacists, technicians, and pharmacies since 1992. We are committed to helping our clients recover from any and all damage done by medical errors. 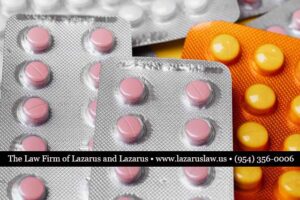