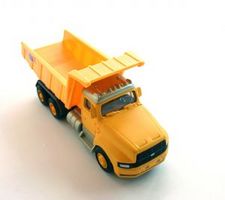 Recently, a 53-year-old road construction worker from Hialeah died after a dump truck backed into him on Hillsboro Boulevard in Deerfield Beach. Witnesses stated Ricardo Corrales walked behind a truck driven by 43-year-old Emis Mauricio Martin-Rojas as the vehicle backed up during a road resurfacing project. At the time of the accident, Martin-Rojas was reportedly following the signals of a flag operator who was running alongside the vehicle on the ground. The driver of the dump truck apparently stopped after he realized he hit something and found Corrales lying on the roadway in critical condition.

Although Corrales was immediately taken to the North Broward Medical Center by emergency crews, he soon died as a result of his injuries. East Hillsboro Boulevard was closed for approximately two hours following the incident. The accident is currently under investigation by the Broward Sheriff’s Office.

Construction sites of any kind can be hazardous for workers. Each year, thousands of construction employees are hurt or killed on the job in Florida. Due to the dangerous nature of the work, construction accidents are usually quite serious and a worker may become permanently disabled as a result of his or her injuries. Common construction worker injuries include falls, burns, electrical accidents, internal injuries, and other harms that can result from the use of defective machinery or tools. Workers may also suffer broken bones, back injuries, traumatic brain injuries, and, as was unfortunately the case in this instance, wrongful death.

In Florida, workers’ compensation laws generally provide the only avenue of recovery for employees who are hurt on the job regardless of who was responsible for the injury. Still, an employer’s insurance company will often refuse to provide an injured worker with the maximum compensation he or she is entitled to. Some important exceptions to the exclusive remedy law do exist. In some instances, an injured construction worker may have a claim against a third party such as an equipment manufacturer, contractor, or property owner. If you were injured while working at a construction site, it is a good idea to consult with a skilled Florida construction accident attorney as soon as you are able.
END_OF_DOCUMENT_TOKEN_TO_BE_REPLACED 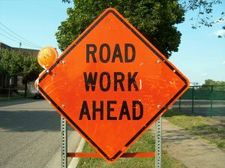 A class action lawsuit against TECO Peoples Gas and Posen Construction is currently pending in Lee County Circuit Court on behalf of businesses that lost revenue after a high pressure gas line exploded in Fort Meyers last November. The explosion occurred after construction crews working on widening Colonial Boulevard severed a purportedly unmarked eight inch TECO gas line. The accident thousands of residential and commercial customers in Lee and Collier counties without natural gas services and sent a 26-year-old construction worker to the hospital in critical condition with burns on more than half of his body.

According to Lee County Transportation Director, Paul Wingard, an inspection conducted after the accident revealed bright yellow markers designed to warn construction workers a gas line is present were missing at the time of the explosion. He also stated natural gas company TECO recently relocated the gas line approximately 15 feet to the south in preparation for the road expansion. Wingard said once the line was moved, it was up to the road contractor, Posen Construction, to maintain the natural gas line markers. Michigan based Posen Construction has refused to comment on the explosion.

The accident occurred after an employee for the construction contractor inadvertently hit the buried gas line with a piece of heavy machinery. The gas line explosion was not the first accident at this particular construction site. Last June, a crane boom fell and pinned a Posen construction employee’s arms and legs. The federal Occupational Safety and Health Administration is currently investigating whether Posen Construction violated any federal safety standards.

According to the lawsuit, the gas outage had a tremendous financial effect upon restaurants and other tourism based businesses such as hotels in Lee and Collier counties. Plaintiffs in the suit are seeking damages for lost income which purportedly resulted from the natural gas outage as well as expenses related to business attempts to compensate for the lack of available gas. The plaintiffs charge that the outage occurred just as the tourist season was picking up, and that it affected many businesses still struggling to recover from heavy financial losses associated with the BP Horizon oil spill.

Construction sites can be dangerous. Thousands of construction workers are injured on the job each year in Florida. A worker may be hurt in a fall, burned in an explosion, or harmed as a result of defective machinery or tools. Common wounds include broken bones, burns, back injuries, brain injuries, and tragically, even wrongful death. Injuries can be difficult to treat and a worker may become permanently disabled as a result of a construction accident.

In most cases, Florida workers’ compensation laws will provide the exclusive remedy for employees injured while working at a construction site. Important exceptions do exist, however. A qualified construction accident attorney can explain your rights and help you receive damages for your injuries.
END_OF_DOCUMENT_TOKEN_TO_BE_REPLACED 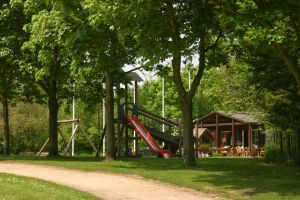 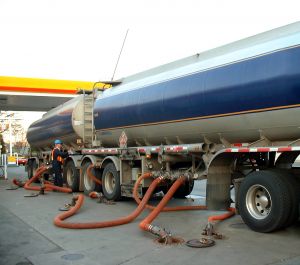 On Friday, September 11, a South Florida water and sewer worker was injured when he fell into a sewer vault. The man, Andre Brown, was backing his truck up on the 1800 block of NE 150th street in Miami when he stepped outside to see if he had enough room. Upon heading out, he stepped onto a sewage vault valve box. The vault was covered with rotted plywood and he fell 10 feet into the vault through, injuring his leg, the Miami Herald reported.

Members of the Miami-Dade Fire Rescue were brought in to rescue Brown from the sewage vault. The hazardous materials and rescue teams led the rescue, which involved providing oxygen to Brown while monitoring the vault for any dangerous gases. The teams were able to pull Brown to safety after about a half hour. He was then taken to Ryder Trauma Center at Jackson Memorial Hospital in Miami in serious condition.

The Ryder Trauma Center at Jackson Memorial, which treats resuscitation, emergency surgical intervention, treats about 5,000 patients a year. In the 2007-2008 year, Jackson Memorial had 49,389 hospital admissions for inpatient services.