We remember a restaurant critic in south Florida by the name of Robert Tolf, who reviewed restaurants all over Florida for the Sun-Sentinel 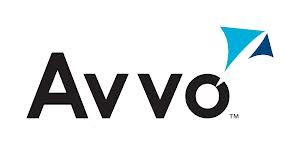 newspaper and Florida Trend Magazine for many years. Mr. Tolf’s reviews were a must-read before visiting a new place to eat because they were well-written and very accurate. His writing was so detailed you could almost taste the food as he described it’s flavor, smell, and texture. He detailed the quality of service, the cleanliness, and ambiance so you had a good idea what you were in for before you made the commitment to spend a lot of money on a gourmet meal. Mr. Tolf also wrote several books about history and he passed away in 2015.

Today, everyone is a critic! Reviews are on Google, Yelp, Facebook, and dozens of other internet sources where ratings range from “the best ever” to “not fit for my dog to eat!” Reviews are great, but in order to be credible the source should be honest, knowledgeable about the subject, and have no bias. We know a restaurant owner who was “barbecued” by someone who had just broken up with one of his servers. A lovers spat resulted in an undeserved one-star rating on Yelp, and it’s difficult to work your way back to a good overall rating after one of those.