We read about terrible accidents involving drunk drivers all the time, but how bad is the problem?

Every day, 28 people in the United States die in motor vehicle crashes that involve an alcohol-impaired driver. This is one death every 51 minutes. The annual cost of alcohol-related crashes totals more than $44 billion. In 2015, 10,265 people died in alcohol-impaired driving crashes, accounting for nearly one-third (29%) of all traffic-related deaths in the United States.

And even though over one million people are arrested each year for driving under the influence of alcohol, the numbers of accidents and deaths are not really diminishing.

If you’re involved in an accident with a drunk driver and suffer injuries or significant damages, there are different dynamics involved and it 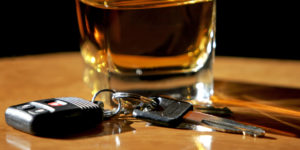 would be a good idea to seek the advice of an experienced accident and personal injury attorney.

Drunk drivers are almost always liable for damages and injuries, and a drunk driver will often try to hide from the authorities or conceal assets if they feel they will be sued. They may tamper with evidence, attempt to coerce witnesses, or any number of things to hinder the investigation and proper progress for justice, both civilly and criminally.

DUI cases are very complex, and the attorneys at Lazarus and Lazarus have worked with victims far too many times. We persevere until our clients receive the maximum compensation for their injuries, pain, suffering, and property damage.

Please don’t become involved in confrontational situations involving drunk drivers. It’s best left to law enforcement and your attorney. Call us at 954-356-0006 and we can arrange a confidential consultation.

We don’t have to tell you how dangerous it is to ride a motorcycle on the roads of south Florida, but we do like to tell you that there are ways to limit the danger and reduce injuries. Because we work with so many injured motorcyclists we understand what causes the accidents to occur and what the resulting injuries are like to deal with. 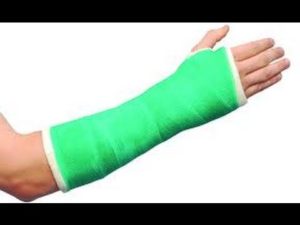 Like any other accident, injuries are sometimes obvious at the accident scene, and other injuries do not manifest themselves until later, like spinal dislocations, concussions, and others.

One of the most common injuries suffered by motorcyclists is called “biker’s arm.” It is a broad term that includes several different types of trauma to the arm and the symptoms vary. When the motorcycle falls on the rider’s arm, it can cause severe injuries, and among the most serious of them is paralysis. It can cause permanent loss of sensation and movement in the part or whole of the arm.

These are the nerves in the arm that are most often damaged in a motorcycle accident:

Median Nerve – This nerve is located on the inner side of the arm, and crosses in front of the elbow joint. Median nerve is the one which is affected by carpal tunnel syndrome as well. If this nerve become damaged in the crash, the rider may experience partial or complete paralysis of all or parts of the hand and/or arm.

Radial Nerve – It is located on the outside and back of the arm, and transmits signals for the muscles to lift and straighten the wrist, fingers and thumb, and to straighten the elbow. When the radial nerve becomes injured, the rider may not be able to perform these important functions

Ulnar Nerve – This nerve is located in the inside of the arm and passes behind the elbow. Ulnar nerve allows for the bending of fingers and wrist, and also allows the fingers to move from side to side. This nerve is commonly known as the funny bone, and when it gets injured, the above mentioned functions may no longer be possible.

Sometimes these injuries aren’t immediately evident. It may begin with tingling in the fingers, or a loss of movement in the arm itself. Often the symptoms worsen and sometimes there is total paralysis.

If you are involved in a motorcycle accident that was someone else’s fault it’s very important you don’t accept a settlement that will not cover these types of serious injuries if they become worse over time. An experienced accident attorney understands how to deal with these issues and can protect your right to have full and proper care and compensation.

Lazarus and Lazarus has set aside a major part of our practice for victims of motorcycle accidents. They happen too often in south Florida and we know how to handle the after-effects. Your rights and your recovery are always our primary concern.

Please call us at 954-356-0006 and we will promptly arrange a confidential consultation with you.

One of the most common injuries that occurs in traffic accidents is a head trauma injury. It can be particularly dangerous because it’s often missed during an on-scene examination or even at the hospital, only to manifest later as a serious problem. A ‘bump on the noggin” could actually be a serious concussion or worse.

Here are some things that could be going on in an accident victim’s head that are not visible from an external examination:

Concussion – A concussion occurs when the head sustains trauma due to sudden movement or impact, causing the brain to bounce against the hard walls of the skull. It can result in blurred vision, confusion, nausea, memory loss, and in severe cases, unconsciousness. Repeated concussions can potentially lead to permanent damage.

Contusion – A contusion is a bruise located on the side of the brain that affects the brain tissue, occurring because of a sudden impact. It can range from minor to life-threatening, and can also increase cardiovascular risks.

Edema – Any head injury can result in edema, also known as swelling. Though numerous injuries cause swelling in the surrounding tissues, this is more serious when it occurs in the brain as it leads to a buildup of pressure in the brain.

Whiplash – Whiplash results from a rapid forward and backward movement of the head, thus possibly stretching and damaging the muscles and tendons in the neck. 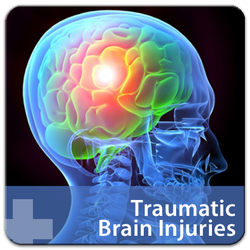 while an intracerebral hemorrhage is bleeding that occurs within the brain tissue.

If you are involved in an accident and you think you may have injured your head it is important to have a thorough examination immediately. If the doctors at the hospital don’t feel it is necessary or they will not pursue aggressive testing, please reach out to a personal injury attorney who can help.

Sometimes people feel a head or neck ache a day or two after an accident, and it is due to one of the above serious injuries.

You may be entitled to compensation for your injuries, loss of work, and pain and suffering. We will work hard to help you.

The Law Firm of Lazarus and Lazarus has worked with hundreds of head injury victims over more than two decades and we understand the proper course of action to make sure people are properly diagnosed, treated, and compensated for their injuries. Please call us if you have any questions at 954-356-0006.

If you’re older than 40 you know that cars used be much bigger and heavier than they are today. Fenders and bumpers used to be made of steel and when you drove a car in the 1970s and ‘80s you felt like you were in a tank.

Today’s cars are much lighter and include a lot of plastic, composites, and fiberglass in their design. The good news is that newer cars defy what you might think, and are much safer than older cars.

The government performs crash tests on cars and they publish the results online. You can check your car by visiting: https://www.nhtsa.gov/ratings

You’ll need to input you car’s year, make, and model to get the results which are from one to five stars.

Something that is disconcerting, however, is that while cars are getting safer there are more serious crashes resulting in injuries. According to

“…..traffic fatalities spiked in 2016, according to new data from the Department of Transportation. Cars may be safer than ever, but 37,461 people died on American roads that year, a 5.6 percent hike over 2015. While fatalities have dramatically declined in recent decades, this is the second straight year the number has risen. It’s too early to say why, exactly, this is happening. Researchers will need much more time with the data to figure that out.”

Some analysts believe the increase is due to lower gas prices and an improved economy. People drive around more when they have more money in their pockets.

Many experts believe there are more accidents because people are driving and texting more, or they are being distracted by other technical gizmos.

A few suggestions to keep you safe in your car:

We hope we meet you someday, but not because you’ve been injured in an accident. Stay safe!