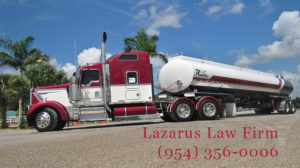 If We Understand Why Crashes Happen, We Can Take Steps to Avoid Them

Americans love to drive. Perhaps no invention affected American everyday life in the 20th century more than the automobile.

Although the technology for the automobile existed in the 19th century, it took Henry Ford to make the useful gadget accessible to the American public. Ford used the idea of the assembly line for automobile manufacturing. He paid his workers an unprecedented $5 a day when most laborers were bringing home two, hoping that it would increase their productivity. Furthermore, they might use their higher earnings to purchase a new car.

And so the love affair between Americans and their cars began. Even when new mass-transit systems are designed and constructed for travelers and commuters, large numbers of people prefer to drive on their own.

The creation of the interstate highway system not only allowed people to travel long distances in their cars, it permitted the cross-country delivery of goods by large commercial trucks. The blend of cars and trucks on the same roads has created the inevitable problem of collisions between the two, and these collisions often have deadly consequences.

The reason car vs. truck collisions are so devastating is simple physics. Passenger cars gained about 414 pounds in 26 years. In 1980, the average weight for passenger cars was 3,041 pounds, but it rose to 3,455 pounds by 2006.

When crash investigators examine what causes accidents, they look at the “critical reason” and the “associated factors” – two different things. For example, if a deer ran out in front of your car and you hit it, that would be the critical reason for the crash. However, an associated factor may be that it was raining and that caused you to not see the poor animal.

For cars and trucks these are the critical reasons for crashes:

These are some of the associated factors – note that there can be more than one, so the totals exceed 100%:

You don’t have to be a government expert on traffic safety to notice a few interesting things. First of all, it seems that brakes on trucks are a big problem, and/or trucks need to reduce their speed. Also, it seems that alcohol and drug use is not a common cause for crashes among truckers. Passenger vehicle drivers still have some work to do on that issue.

If you drive a passenger vehicle, please pay attention to the fact that lack of rest is a big issue in crashes, as is lack of attention (which includes texting). Make a conscientious decision to eliminate those from being possible while you are driving, and you have significantly increased your chances of having a longer life.

Truckers, maintain your trucks. Try to avoid stress from the pressures of deadlines and competition. It’s understandable that you want to rush, but is it worth your life, or the lives of others?

Accidents involving truck have many special issues associated with them, and the Law Firm of Lazarus and Lazarus has reserved a major part of their practice to this complex arena. If you or someone you know has been involved in a crash involving a truck, we would be happy to sit down and discuss your situation. You may reach Gary or Arleen Lazarus by calling 954-356-0006.