U.S. Senator Rick Scott introduced legislation last week that will make it mandatory for all new cars to have alcohol detection systems installed by 2024. The Reduce Impaired Driving for Everyone Act of 2019, called the RIDE Act, would also allocate $10 million to continue government-funded research into new breath and touch-based sensors designed to monitor a driver’s blood alcohol level in real-time.

Several states have required convicted drunk drivers to install breathalyzers but this new technology would require everyone who gets behind the wheel to confirm they are not drunk by passing either a breathalyzer test or a sensory scan, which would somehow detect alcohol through the skin.

While drunk driving fatalities have declined since the 1980s, the National Highway Traffic Safety Administration reports they still account for about a third of all traffic deaths. In 2017, more than 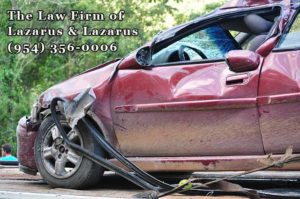 Besides the privacy issues that will surely be raised by opponents of the new technology, it is not clear if the systems will be able to tell the difference between someone who has had one glass of wine and someone who has been drinking heavily. It’s possible that the detection of any alcohol at all would prevent the car from operating.

The Law Firm of Lazarus and Lazarus has been working for victims of vehicle collisions since 1992 and we believe people should never drive if they are impaired by drugs or alcohol. With the availability and low cost of Uber and other means of transportation there is simply no excuse for drunk driving. What happens with the proposed legislation will be interesting to follow, and citizens should make their voices heard by contacting their representatives in Washington. You can click here to get the contact information for your elected officials.

Lazarus and Lazarus is qualified to handle any questions from people who have been injured in a car, truck, or motorcycle crash. Our primary goal is to protect your rights and fight for the compensation victims need to heal physically, emotionally, and financially. Call us at (954) 356-0006 for a free consultation.