Many people remember the 1973 song by Alice Cooper “No More Mr. Nice Guy” and that’s what police officers may sing to drivers as they write tickets for texting and driving on south Florida roads. Since October 1st of last year they have been issuing warnings, but beginning January 1st they are writing real tickets for offenders.

The Pembroke Pines Police posted on their Facebook page:

ATTENTION DRIVERS: It is illegal for drivers to hold phones while driving through school zones and active construction zones. Any cell phone use while driving in these areas is restricted to ‘hands-free’ modes. (FSS 316.306)

Since October 2019, officers have been issuing warnings to drivers who have been seen disobeying this new law. As of this month, we will begin regular enforcement and any violators will face a citation.

In addition, texting while driving (regardless of the location) has been increased to a primary offense. This means that police officers can pull over drivers just for texting and driving, without committing any other traffic violation. (FSS 316.305) 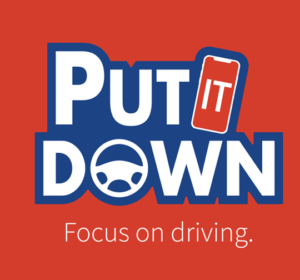 The fines vary according to the location of the infraction (construction or school zone) and if it is a first or second offense, and there are points involved as well as other costs including higher insurance premiums. Smart drivers will just put the phone down, away from where it can be a distraction, and focus on the road. Thousands of accidents are injuring and killing people across he country every year and these tragedies can be prevented just by using some common sense, courtesy, and caution.

We have been helping automobile, truck, and motorcycle collision victims in south Florida since 1992 and sadly many of them were injured because of distracted driving. If you have been in an accident and have questions, we are here to help. Call us 7 days a week at (954) 356-0006 and we’ll listen and offer advice.

Study says Texting is to Blame for Many Accidents

Motorcycles are dangerous, there is little doubt about that. But some people shrug off the problem, thinking “it’s their fault for getting on those things in the first place.” 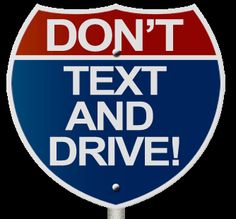 The truth is, the majority (60%) of 2-vehicle accidents involving motorcycles are the fault of the other driver, not the motorcyclist. The question is, what caused the driver of the car or truck to cause the crash?

A study of over 10 years of crash data from Florida roads revealed that dozens of motorcycle fatalities were directly attributed to texting by the drivers of the other vehicle. It’s unknown how many were caused by, but the investigations failed to find evidence of texting.

Traffic crash studies are finding higher rates of distracted driving as the cause for crashes. What are the types of distraction?

Distracted driving activities include things like using a cell phone, texting, and eating. Using in-vehicle technologies (such as navigation systems) can also be sources of distraction. While any of these distractions can endanger the driver and others, texting while driving is especially dangerous because it combines all three types of distraction.

Each day in the United States, more than 9 people are killed and more than 1,060 people are injured in crashes that are reported to involve a distracted driver.

As of April 27, 2016 a staggering 831 people have been killed on Florida roads. 154 were pedestrians, 37 were on bicycles, and the number of motorcyclists is not yet available.

What we do know is that Florida holds the dubious distinction of having the highest number of motorcycle deaths in the nation. In Florida, 491 people died in motorcycle accidents in 2012, more than any other state. Motorcycle fatalities accounted for one out of every five traffic deaths in Florida in 2012. Many motorcycle riders are very safety conscious, but still suffer serious or fatal injuries in crashes caused by other motorists. Often other drivers simply fail to see a motorcyclist.

Laws are being passed across the country to ban texting, and other laws are on the books to require only hands-free operation for calls. There is also a device on the market – TextBuster – that installs in a car under the dashboard and is designed to block all data and text messages while the car is turned on.

Unfortunately, people ignore these laws and continue to cause mayhem on the road. It takes losing a friend or family member for some people to understand the danger of distracted driving.

Motorcycle accidents are a special category of traffic crashes, and they require special expertise and experience to investigate. Injuries are usually severe and often fatal. Also, there are unique issues related to insurance when motorcycles are involved in serious crashes.

The Law Firm of Lazarus and Lazarus has been dealing with the pain and suffering experienced by victims of motorcycle accidents for over 20 years. We understand what happens and what is required to protect victim’s rights and see that they receive the medical treatment and compensation they deserve.

Call Gary and Arleen Lazarus at 954-356-0006 to arrange a confidential consultation.