A Miami firefighter lost his life in a fatal car crash in Miami on Friday Night.
Investigators stated that two teenage girls in a Red Honda were traveling Northbound on NW 24th Avenue, at which time they ran a stop sign causing the collision and the firefighter’s Wrongful Death.

Roberto Garcia, the firefighter, was a 20 year veteran of the Miami Fire Dept. who moved up to the rank of Captain. His passenger and he were out celebrating and were returning home when this tragedy occurred. Ironically, rescue personnel from Captain Garcia’s own station responded to the call. “We found one of our own”, said Ignatius Carroll, a Miami-Fire Rescue spokesman.

Captain Garcia’s passenger received only minor injuries. The two girls, whose names have been withheld, were taken to the Ryder Trauma Center in critical condition. Our Condolences go out to the family of Captain Garcia. 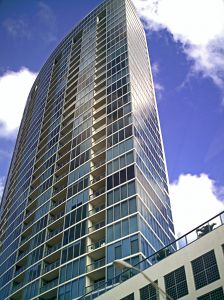