By now, all of us have heard of and are following the story of the Northwest Airline pilots who earlier this month overshot their arrival to Minneapolis by 150 miles. The pilots notified investigators that they were distracted because they were using their laptops to organize crew schedules.

In a recent Sun Sentinel article, it reported that in light of the Northwest fiasco, Transportation Secretary Ray LaHood stated that the Obama administration will now expand its efforts in distracted driving to flying. According to LaHood, FAA Administrator Randy Babbitt is considering whether a uniform ban on use of electronic devices such as laptops during flight is in order. 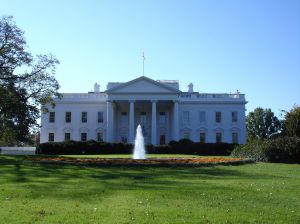 As the article noted, lawmakers have expressed interest in tackling the issue of distracted driving. In September, LaHood held a summit on distracted driving, inviting researchers, regulators and other experts.

So what does this mean for South Florida drivers? We have already felt the effects of the push for banning electronic devices, as we noted in “South Florida City Bans Texting while Driving” and the Cell Phone Use section of our blog. With the White House concerned about the issue, we will likely see many changes which may have a dramatic effect on the litigation of auto accidents and aviation accidents in South Florida.

At the other side of the issue, however, is the concern for a driver’s autonomy and personal freedom while on the road. Our post entitled “Does Cell Phone Use Cause Florida Accidents?” recognized that this is a position which many people take on the electronic device issue.

Ultimately, we hope that as more developments in cell phone usage unfold, the determining factor in future legislation will be to maintain the safety of both drivers and pedestrians.