On Tuesday, September 29, 71-year-old Fort Lauderdale resident Judith Testa was struck by a vehicle and severely injured while crossing the street near East Commercial Boulevard. Unfortunately, it was reported today that Testa died from the pedestrian accident. She was apporxiamtely a block away from her apartment.

According to police, 31-year-old Natalie Affiany of Coral Springs, Florida was making a left turn near the intersection and struck Testa. Ms. Affiany’s driving records showed that she was driving on a suspended license. 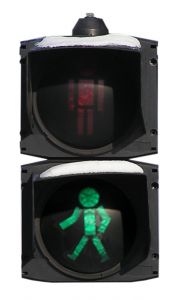 Statistics show that South Florida is prone to high rates of pedestrian accidents. The Florida Highway Safety and Motor Vehicles Traffic Statistics Report is a great source of this statistical data. The Report states that there were 8,471 pedestrian crashes in Florida last year, with 7,878 crashes resulting in injury and 502 crashes resulting in death. While these numbers reflect a considerable increase since 2007, fatalities decreased approximately 5% from 2007. In fact, the information in the report clearly evidences that Miami-Dade and Broward County had the two highest numbers of pedestrian fatalities statewide last year (66 and 51, respectively).

So far, no charges have been filed yet in this incident, but police are asking for your help. If you have any information about this incident contact Coral Springs Traffic Homicide Investigator Jill Hirsch at 954-828-5753. You can also contact Broward County Crime Stoppers at 954-493-TIPS (8477).

Large cities like Fort Lauderdale and Miami are prone to heavy traffic, so whether you drive or, like many others, prefer to walk the streets, you can do your best to avoid risk of injury to yourself and others by following traffic signs, observing the rules of the road and keeping a sharp eye out for crossing pedestrians and oncoming traffic.