About a month ago, 17-year-old Rodolfo Rojo of Bay Harbor Islands was killed in an auto accident around 2:30 a.m. when he and his friends were riding their bikes on Biscayne Boulevard near 113th Street in Miami and Rojo was struck by a vehicle.

To honor Rojo, Critical Mass, an event in which cyclists gather in a large group to promote bicycle safety and awareness, dedicated their Friday bike ride in his memory. According to an article in the Miami Herald, the bike ride will proceed along the same route where Rojo was killed and parents and friends will leave a white painted bike with a plaque. 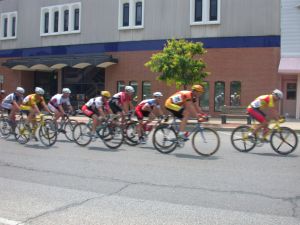 This is another unfortunate story pointing out a major problem with cycling fatalities in South Florida. According to the article, Florida has the highest number of fatalities in the U.S. Bicycles are classified as vehicles and cyclists have rights. Though they are required to have front and back lights when riding at night and cyclists and drivers must observe safety laws, a lack of bike lanes on Miami’s busy streets and growing numbers of bikers leaves many people concerned.

It is obvious that more action will need to be taken to ensure cyclist safety, focusing on both the driver and the cyclist’s observance of the law.