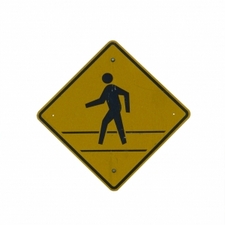 A University of Miami freshman was left in a coma after she was struck by a hit-and-run driver in Miami. 19-year-old Eliza Gresh was hit by a silver Mercedes Benz while crossing a road near her school on April 27th. The force of the impact reportedly threw Gresh onto the vehicle’s hood before the driver fled the scene of the accident. Miami Police Major Rene Lansa stated that another driver attempted to follow the Mercedes, but stopped pursuing it once the alleged hit-and-run driver reached speeds in excess of 80 miles per hour.

Gresh is currently in the intensive care unit at a local hospital where she is being treated for broken bones and a traumatic head injury. According to her parents, despite that Gresh still remains in a coma, she is beginning to show small improvements.

About one week after the crash, the alleged hit-and-run driver, 24-year old Luis Felipe Moya, took the Mercedes to a Hialeah body shop for repairs. He reportedly told the shop’s owner, Gabriel Antonio Castro, that he had accidentally struck a wall. He also stated his mother, Zoila, owned the vehicle and because of that he preferred she file the automobile insurance claim. According to Castro, there were numerous red flags indicating the driver was being untruthful with him after he examined the damage to the vehicle. Castro also stated the man driving the car answered his questions in an evasive manner. Convinced he recognized the Mercedes from a news story about the hit-and-run accident, Castro immediately notified police of his suspicions. Following the tip from Castro, law enforcement officers took Moya’s mother into custody and charged her with insurance fraud. On June 5th, Moya was arrested in New York.

Following his arrest, Moya’s bond was set at $250,000. The Miami judge also stated that if Moya is able to post bond, he will be placed on house arrest. Moya has reportedly received at least 42 traffic citations over the past five years, including both careless and reckless driving violations.

Students like Gresh, as well as skateboarders, joggers, tourists, and parents walking with strollers are all at risk of being injured in a Florida pedestrian accident. Too often, pedestrian crashes could have been avoided if a driver had not acted carelessly or negligently. Common injuries sustained in such an accident include traumatic brain injuries, spinal cord injuries, fractures, a permanent disability such as paralysis, and even wrongful death.

Due to the severity of most injuries, the medical costs associated with a pedestrian accident can be astronomical. If you or a loved one was hurt by a careless driver, contact a qualified Florida car accident lawyer to discuss your rights as soon as you are able.

At Lazarus & Lazarus, P.A., our knowledgeable Palm Beach County pedestrian accident attorneys are available to assist you with obtaining the compensation you deserve following an injury accident. Our hardworking lawyers represent clients who were hurt by careless drivers throughout the State of Florida. At Lazarus & Lazarus, we help pedestrian accident victims in Orlando, Hollywood, Fort Lauderdale, Weston, and throughout Dade, Palm Beach, and Broward Counties. To speak with an experienced personal injury lawyer today, contact Lazarus & Lazarus through our website or give our skilled attorneys a call at (954) 356-0006.