Program is Intended to Reduce Abuse of Controlled Substances

When Florida’s famous “pill mills” were pushing out dangerous medications to patients with addictions, advocates for better medical records pushed for a central database to track prescriptions for controlled substances. The result was the 2009 Prescription Drug Monitoring Program (PDMP) and most health-care professionals believe it has been a success. 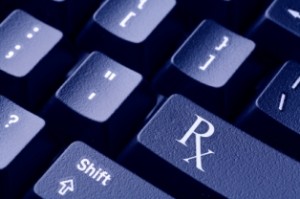 One of the drawbacks of the program has been the restrictions placed on who can actually access the system to input records, and view existing information. These restrictions specified that only physicians, pharmacists, and certain other practitioner s were able to actually access the system, not pharmacy techs or office personnel in doctor’s offices. The limits were put in place for good reason, as confidentiality is crucial to patient rights, but often the doctors and pharmacists are so busy that they lack the time to properly run the system as intended.

Often this blog has covered the high-volume of work placed on pharmacists as a contributing factor in the increasing number of prescription errors, and so this change may turn out to be a good one, time will tell.

While the PDMP is a good idea in principal, it applies only to controlled substances such as powerful painkillers and will not prevent patients from having drug interactions with their normal medications. It is very important for all patients to take time to discuss all their medications with their doctors and pharmacists. If you don’t understand something, ask.

The Law Firm of Lazarus and Lazarus has been representing victims of prescription medication errors and negligence for over 20 years. In that time the number of drugs approved by the Food and Drug Administration (FDA) has increased by over 3000, which makes this area of law extremely complex. Gary and Arleen Lazarus remain highly proficient and are eminently qualified to represent victims of prescription errors, and their office is dedicated to protecting the rights of victims. Calling 954-356-0006 will put you in touch with their caring staff.