We aren’t criminal defense attorneys, so we’re not going tell you what to do if you are pulled over and you’ve been drinking or you have 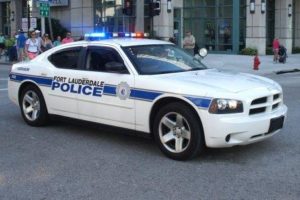 marijuana in your car. There are plenty of videos on YouTube that will give you free advice and qualified defense attorneys you may hire for professional advice about what to do in those circumstances. We will take this opportunity to say that if you’ve been drinking, please do not drive.

You do have rights, and we will touch on those, but it’s important to understand that being pulled over by the police is a strenuous time for you, and for the police officer. There’s a saying “There’s no such thing as a routine traffic stop,” and here is why: In 2015, off the 41 officers feloniously killed, eight were investigating suspicious persons or circumstances; seven were involved in tactical situations; six were conducting traffic pursuits/stops; five were killed in arrest situations; four were ambushed; three were killed while answering domestic disturbance calls; three were killed in unprovoked attacks; two were handling, transporting, or maintaining custody of prisoners; two were handling persons with mental illnesses; and one was conducting an investigative activity (such as surveillance, a search, or an interview).

The best course of action when you are pulled over by the police is to follow instructions and remain calm. Some guidelines offered by Time Law:

1. You have the right to remain silent. That is true whether you’ve just been temporarily detained or formally arrested. There are some instances, like during a traffic stop, where you must provide your license, registration, insurance, and name, when asked. And there are some states where you are required to answer basic identifying questions (name and address) by the police. But you’re not required to give a statement beyond that. You can simply say, “I choose not to answer that question.”

2. You do not have to consent to a search of yourself or your car. There are many situations in which the police will pull someone over and ask—often casually—whether the driver would mind if they “take a look” inside the car. But you don’t have to give that permission. Keep in mind, however, that if the police have probable cause to search your car, or if you’ve been placed under arrest, they can search you, and sometimes your vehicle, whether you give your consent or not.

3. If you are arrested, you have the right to ask for an attorney and should do so immediately. If you have only been stopped temporarily, you’re not entitled to an attorney at that point. But if you’re being held for an extended period of time, either they’re going to have to let you go or place you under arrest.

4. If you’ve been stopped (but not arrested), you have the right to ask the police whether you’re free to go. If they say yes, you should calmly walk — not run — away from the scene.

5. As difficult as it can be, try to remain calm and be as polite as you can. Even if your rights have been violated, you’re not going to argue your way out of the problem. It’s also always a good idea to make sure the police can see your hands, and that you don’t make sudden movements, interfere with what the police are trying to do, or give false statements. In other words, don’t give the police an excuse to mistreat you or pile on additional charges.

Basically, we want you to make it home and sleep in your own bed, not a jail cell. Our job involves the roads and highways of south Florida, where people are involved in accidents every day. We’d like to see as peaceful an environment as possible and for everyone to stay safe. If you are involved in a traffic accident and would like to speak with us, please call 954-356-0006 and we will arrange a confidential consultation.