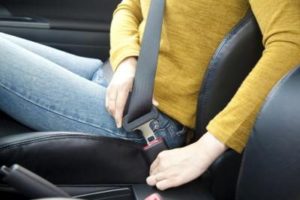 Try to imagine the frustration felt by Florida Highway Patrol troopers and highway safety officials when you consider they have been fighting to reduce the number of fatalities on Florida roads, and after making progress for a time, the numbers turn and suddenly get worse. That’s what has happened the past three years, and despite the depressing news police all around Florida are ready to kick off the annual “click it or ticket” campaign in hopes people will buckle up. It’s inconceivable that some people are still forgetting to buckle their seat belts, but apparently they are:

Of the 35,092 people killed in car crashes in the United States last year, 9,874 were not wearing a seat belt, according to the National Highway Safety Administration. That’s 28% and it’s far too high.

Most experts believe the steep increase nationwide in serious crashes and fatalities is related to “distracted driving” and April was the month for an awareness campaign to reduce that dangerous practice.

We’ve discussed risk before, so does wearing your seat belt reduce your risk of injury or death? Yes!

Among drivers and front-seat passengers, seat belts reduce the risk of death by 45%, and cut the risk of serious injury by 50%. Seat belts prevent drivers and passengers from being ejected during a crash. People not wearing a seat belt are 30 times more likely to be ejected from a vehicle during a crash. For the upcoming click-it-or-ticket campaign, a citation for a seat-belt violation costs $30, while the penalty for an unrestrained child is $60, according to the Florida Department of Motor Vehicles.

Please, when you first get behind the wheel, remember: 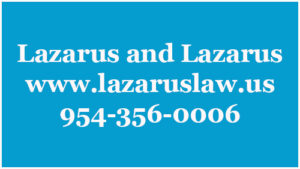 Don’t Drive if You’ve Been Drinking!

Turn off Your Phone!

Someone is counting on you to stay safe.

We are experienced Florida car accident attorneys, specializing in serious accidents involving cars, trucks, and motorcycles, and we spend a great deal of time trying to educate drivers and passengers on the importance of staying safe. We won’t stop until the number of serious crashes is zero. Until that day, we pledge to represent accident victims with professional excellence and diligence, seeing that every one is given the maximum consideration under the law for their damages and injuries.