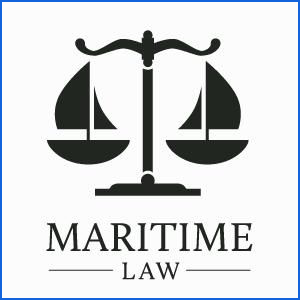 It sounds like something out of a swashbuckler novel involving pirates. The “Death on the High Seas” Act is a United States admiralty law enacted by the United States Congress. It was originally intended to permit “recovery of damages against a shipowner by a spouse, child or dependent family member of a seaman killed in international waters” in wrongful death cases “caused by negligence or unseaworthiness.” It also applies to cases arising out of airline disasters over the high seas that occur beyond the 12-nautical miles of U.S. territorial waters.

The problem is that it sometimes has a reverse effect, limiting damages paid to survivors because they often cannot obtain judgments for non-pecuniary damages (pain and suffering) when a cruise passenger dies in international waters.

A recent case involves a married couple from Nebraska who went on a river cruise originating in Peru. A fire in their room broke out and they were killed by smoke inhalation. Even though the boat was new there was evidence of faulty wiring that may have caused the fire. One of the couple’s daughters, obviously upset, said “There’s no place else in the world that you can kill somebody and really have no consequence, other than international waters.”

International maritime law has been a primary focus area for our law firm since it’s beginning over 20 years ago. With our offices in Fort Lauderdale, we see many people every year who have been injured or have incurred damages as a result of going on cruise ships operating out of Port Everglades, one of the busiest cruise ports in the world.

Sometimes incidents happen on the ship at sea, sometimes while berthed at the port, and sometimes people are injured while on excursions away from the boat in foreign countries. Each incident is different, and each one will likely involve dealing with different jurisdictions and different laws, perhaps even the “Death on the High Seas” Act. We have seen it all.

If you or someone you know has suffered some type of injury or loss while on a cruise or while engaged in a cruise ship excursion, we would be happy to share our expertise and offer legal advice. Calling us at 954-356-0006 is the first step, and thank you.