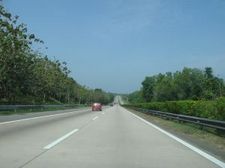 The debate over driver testing for seniors in Florida has recently resurfaced. One out of every five drivers in the state is over the age of 65 and that number is expected to increase as the nation’s population ages. Currently, elderly Florida drivers are not required to take a driving test when renewing their license. Due to a high elderly driver collision rate, some believe this should be changed.

Approximately 15 percent of the fatal motor vehicle accidents that occurred in Florida in 2010 involved a driver over the age of 65. Last weekend, a woman was killed in Delray by an 89-year-old driver who backed into her in a parking lot. Another woman died in Deerfield Beach after she was hit while walking on a sidewalk and dragged across a church property by an 88-year-old-driver. Tragic accidents such as these often inspire a public call for additional senior driver testing.

The State of Illinois requires seniors to submit to a road test when renewing their driver’s license. In Texas, drivers over the age of 79 are required to renew their license in person. Eight other states also require elderly drivers to renew in person beginning anywhere between age 69 to 75. As the baby boomer generation ages the debate over elderly driver certification will likely continue. Florida is one of 40 states which require vision testing for senior drivers. Driving tests, however, are not required.

According to Anne McCartt, senior vice president for research at the Insurance Institute for Highway Safety, there is no concrete proof elderly driver regulations reduce accident rates. She said although a recently conducted study suggested in person driver’s license renewal requirements for seniors may lower collision rates, other evidence was decidedly mixed. McCartt also stated Florida drivers over the age of 80 had a lower accident rate than those in the 15 to 34 age range in 2010.

The AARP has publicly opposed any age-based driver testing standard. The lobbying organization has instead advocated for promotion of Florida’s medical-review program. The program allows citizens, police officers, and doctors to report dangerous drivers as well as drivers who were diagnosed with an illness which may impair their ability to operate a motor vehicle safely. Once a driver is reported, state licensing agents determine whether to administer a road test. The organization also expressed support for in person license renewal requirements for all drivers.

Some, such as Representative Irv Slosberg of Boca Raton, believe the safety focus should be on teenaged drivers rather than seniors as elderly drivers rarely speed or text behind the wheel of a car. Still, reliable crash rates can be difficult to obtain since senior citizens tend to drive fewer miles per year than younger drivers. Most agree, however, a bright lane driving age cut-off is unnecessary.