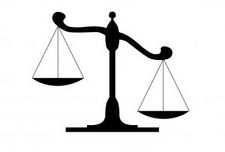 The future of Florida’s medical malpractice damages cap law enacted in 2003 is now being considered by the State’s Supreme Court. The Supreme Court of Florida recently heard oral arguments on the constitutionality of the law in Michelle Evette McCall v. United States of America. The law limits non-economic damages to $500,000, unless death or a catastrophic injury results. In such cases, the cap is instead $1 million. It also limits recovery for emergency services to $150,000, and $300,000. Additionally, where someone who is not a licensed health care provider committed the negligence that caused a patient’s injury, the cap is $750,000 and $1.5 million no matter where medical services were provided.

In the McCall case, a woman died from blood loss shortly after giving birth at Fort Walton Beach Medical Center in 2006. After her family sued for medical malpractice, a jury awarded McCall’s estate $2 million for pain and suffering. The judge in the case, however, lowered the award to $1 million in accordance with the 2003 Florida law. McCall’s estate appealed the reduction in damages on the grounds that her constitutional rights were violated because the reduction effectively limited McCall’s access to the courts.

An attorney for the State of Florida, Daniel Lenerz, said McCall’s access to the courts was not limited by the Florida damages cap. He stated lawmakers have created other damage limits on numerous occasions that have survived judicial scrutiny. According to Justice Barbra Pariente, a court will regularly defer to lawmakers with regard to caps on legal cases. She said the real question is how long such limits are defensible.

Florida lawmakers reportedly passed the malpractice damages cap law in response to a tightening insurance market. At the time, many physicians claimed increasing premiums could put them out of business. Insurance companies were also allegedly writing policies with lower maximum damages coverage. When the medical malpractice law was enacted, Florida lawmakers required insurers to reduce medical malpractice rates by 7.8 percent. It also required 18 new insurers to enter the market.

According to a lawyer for McCall’s estate, Robert Peck, 95 percent of all Florida medical malpractice cases are settled outside of a courtroom. He also stated the average settlement is $213,000. Peck does not believe cases such as McCall’s were the impetus for the medical malpractice damages cap law. Now, the issue is up to the Florida Supreme Court. The Court has an unlimited amount of time to examine the constitutionality of the law and render an opinion.

If you or your family member was hurt by a health care provider, contact Lazarus & Lazarus, P.A. Our skilled Broward County medical malpractice attorneys will explain your rights, assist you with filing your claim, and help you get damages you deserve based on the severity of your injuries. Our law firm represents clients throughout the State of Florida including Orlando, Hollywood, Fort Lauderdale, Weston, and Miami. To speak with a knowledgeable medical malpractice lawyer today, contact Lazarus & Lazarus through our website or call us at (954) 356-0006.