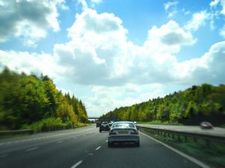 A study recently published by the Society of Automotive Engineers (SAE) found that driver misuse of turn signals contributes to approximately 2 million car crashes in Florida and elsewhere throughout the United States each year. The study found drivers fail to use their turn signals when making lane changes or leave their signals on after changing lanes about 48 percent of the time. It also found that one quarter of the time, American drivers do not signal before making a turn. This means U.S. drivers fail to properly use turn signals approximately 2 billion times every day.

Distracted driving such as talking, texting, using email, or even eating behind the wheel is a hot topic in the news lately. In April, United States Department of Transportation Secretary Ray LaHood called for federal legislation that would ban cell phone use while driving. Still, only about 950,000 U.S. accidents are blamed on distracted driving each year. That is less than half the number associated with misuse of turn signals.

The SAE turn signal study was reportedly the first of its kind. Police and other law enforcement officers allegedly tend to refrain from enforcing turn signal requirements and instead focus more on compliance with speeding and other laws. The author of the study report, Richard Ponziani, stated although turn signals are highly effective for communicating with other drivers and avoiding collisions, their lack of use has reached epidemic proportions. He also said drivers should view their duty to use turn signals in the same way they view their obligation to stop for red lights.

The SAE study suggested the use of smart turn signal technology may be useful in avoiding collisions. Ponziani said a turn signal that shuts itself off after a specified period of time or after detecting a lane change could be helpful to drivers and contribute to roadway safety. Additionally, a system that reminds drivers who regularly fail to use their turn signals may also aid in preventing crashes. According to Ponziani, incorporating smart turn signal technology into new vehicles may actually be cheaper than current turn signal mechanisms. He believes implementing such technology would not only reduce the nation’s accident rate, but may also make drivers more courteous.

Unexpected automobile accidents can happen at any time. If you or a loved one was hurt in a motor vehicle collision as a result of another driver’s inattention or carelessness, it is a good idea to contact a knowledgeable Florida car accident attorney as soon as you are able. You may be eligible to receive compensation for medical bills, pain, suffering, disability, lost wages, and other damages based on the severity of your injuries.

Contact the lawyers at Lazarus & Lazarus, P.A. if you were hurt in an automobile collision. Our experienced Orlando personal injury attorneys are available to help you achieve fair compensation for your injuries. At Lazarus & Lazarus, we represent clients throughout Florida including Hollywood, Weston, Fort Lauderdale, and Orlando. We also assist clients throughout Palm Beach, Broward, and Dade Counties. To speak with a hardworking and diligent attorney today, call Lazarus & Lazarus at (954) 356-0006. You are also welcome to contact our capable personal injury attorneys through the law firm’s website.